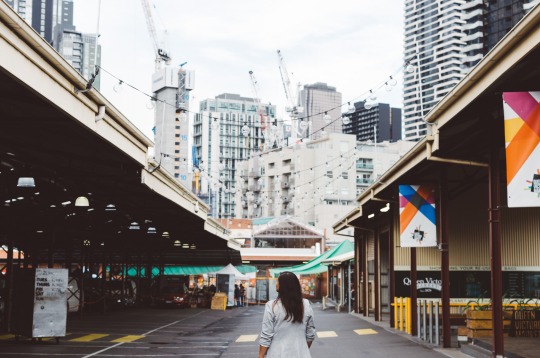 I’ve never been to Australia, so take everything I’m about to say in this post for what it’s worth. I also don’t know much about Sydney and Melbourne, other than the fact that I’ve studied the latter’s laneways and the tremendous impact they’ve had on revitalizing the CBD.

However, recently I’ve had a few close friends visit these cities for the first time and, since then, I have started noticing a trend. All of them come back and tell me the same thing, that they prefer Melbourne to Sydney. They say: “Yeah, Sydney is nice and beautiful and all, but it’s not all that exciting. Melbourne feels way more dynamic. Oh, and have you seen their laneways? You would love them.” That’s what they tell me.

So that’s what I have in my head when I read that Melbourne is now the fastest growing city in Australia; that it’s one of the most liveable cities in the world; and that by as early as 2031 it could take Sydney’s place as the biggest city in the country. Below is a chart from The Australian. If you can’t see it, click here.

#Melbourne could be bigger than #Sydney as early as 2031. What pulls population towards Melbourne? Cheaper housing!? https://t.co/rUg9rlXMP1 pic.twitter.com/iDFeJ737SB

Some argue that this is happening because housing is cheaper in Melbourne (median dwelling price of ~$700,000 versus ~$1 million). And some argue it’s because the jobs are there and the city has become a cultural and sporting destination. Whatever the case may be, net migration is estimated to be somewhere around 100,000 people per year.

My own view – and I’ve made this argument before on the blog – is that we shouldn’t underestimate the importance of cool shit when it comes to cities. People vote with their feet more than ever today. And for a growing segment of the population, cities are a consumer good.

Indeed, in 2001, Edward Glaeser, Jed Kolko, and Albert Saiz penned a research paper called the Consumer city, where they argued precisely that. The premise was that historically we have tended to think of cities as being centers of production, but we should also be thinking about them as places of consumption.

“But we believe that too little attention has been paid to the role of cities as centers of consumption. In the next century, as human beings continue to get richer, quality of life will become increasingly critical in determining the attractiveness of particular areas. After all, choosing a pleasant place to live is among the most natural ways to spend one’s money.”

This is why those coffee shops and cool laneways matter. Some cities have unfair natural advantages. Los Angeles has weather. Vancouver has mountains. Montreal has poutine. But for the rest of us, the amenities typically form part of the built environment. They are a product of our choices.