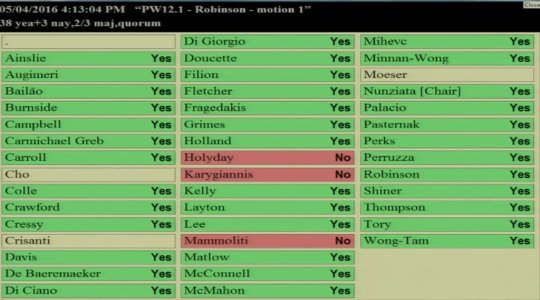 Recently a good friend of mine told me that I had conflicting views in the world of politics.

She more or less said to me: I know you’re a real estate developer and obviously a capitalist (read: right of center), but you also support what are often considered to be left of center issues. Issues like tearing down the Gardiner Expressway and building more bike lanes.

I thought this was an interesting comment because, regardless of whether or not you agree with the categorization she was making, the unfortunate reality is that sometimes (oftentimes?) city building issues do become about left vs. right. Bike vs. cars. Urban vs. suburban. And the list goes on.

My response to her was that I don’t care about what side of the political spectrum an issue supposedly falls on. That’s a distraction. When I think about something, I try and apply rationale thought and facts to the best that I can.

For instance, in the case of bike lanes, I have asked myself: would cities be better off if we had more, or less, people cycling? Simple question. And when I think about this and look at some of the numbers, I see a lot of benefits (this is a non-exhaustive list):

– More people cycling means we will naturally start prioritizing more compact types of urban form, which in itself has a myriad of socioeconomic benefits.

– And more people cycling means we’re improving health outcomes. Given that public spending on health care is one of the largest government expenditures in OECD countries, I bet you could find measurable financial savings.

With all of this, I am not naively suggesting that all cars should disappear from our cities and that everyone should only cycle. I think electric vehicles and self-driving vehicles are going to be an important part of the mobility equation in the future. But I am saying that more, not less, cycling strikes me as an obviously positive thing for our cities.

Toronto City Council voted today in favor (38-3) of a pilot project that will bring separated bike lanes to Bloor Street. The image at the top of this post is how each Councillor voted. So today, we appear to have not fallen into the divide that my friend was talking about. And that makes me, as well as many others, quite happy.

Im looking forward to riding #bikesonbloor and shopping on Bloor and hanging out there. I might buy a piano. #topoli

I would be curious how all of you feel about this particular issue. And I would also be curious if you find yourself being more issued based rather than aligned across the political spectrum. That’s certainly how I feel these days.