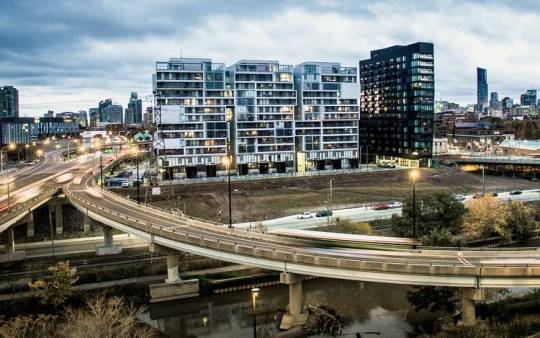 David Wex started his career working for one of the big Seven Sister law firms in Toronto. But right from the outset, it was clear that he wasn’t in it for the long run.

In fact, only a few days after he started, David had the clever idea of turning his desk around so that it faced the window, instead of the hall. That way, he could avoid eye contact with partners as they walked by his office, and reduce his chances of being assigned a file.

Of course he couldn’t avoid being tracked down all the time. But whenever someone would try to assign him work, he would simply say: “I’m sorry, but I’m really busy working on something right now.” His nickname quickly became “One File Wex” and it was clear that he was headed towards the departure lounge and not a corner office.

But already, David had his mind set on doing something related to cities. So while still working as a lawyer he decided to complete his Graduate Record Examination (GRE) in preparation for going to planning school. Ultimately, he decided not to go back to school, but instead leave the firm and just figure things out. He left in 1992.

After leaving, he did in his words, “nothing” for a few years. He lived off his savings, spent some time working with a bunch of guys cleaning up the Don River, and tried to figure out a way to put together a development project.

Eventually he met a friend of the Goodman family and this led to an introduction to the Dundee Corporation.

It was the early 90’s and nothing was happening by way of development in Toronto. The real estate industry was in a deep recession. Ask anyone who was “active” during this time. It was a painful time to be in the business. But the Goodmans told David that he if could find a suitable site to develop, they would invest. Lesson: Developers are constantly leveraging other people’s money.

So David went out and found a site on a sleepy street named Camden in Toronto’s Fashion District. This is not the Camden Street of today, which has an Ace Hotel currently in the works. It was a dead zone. By this point we are in 1995 and few people believed that anyone would want to live on a downtown street like Camden.

Given the perceived undesirability of the site and the continued lull in the market, David tied up 29 Camden for C$700,000 with a 2 year option. What this means is that he had 2 years to figure out if he actually wanted to close on it. He could put very little money down and get the project going before having to worry about carrying the land. It wasn’t until midway through sales that he actually went firm.

It’s hard to imagine being able to do this in today’s competitive real estate market, but that was the market at the time.

Of course, the flip side to all of this is that it also took him 2 years to sell about 20 condominium units (out of a total of 55), at an average price per square foot of $195. Today you could sell those units in 2 hours at $800 psf.

Brad Lamb – who was just starting out at the time – was the broker on the project. And activity at the sales office was so scant that everyone would get excited even when a car would drive down Camden Street. That’s how dead it was in the Fashion District.

Eventually Dundee got impatient. Sales were slow. A lot of money had been spent on marketing. And the partners didn’t believe that “the bump and grind of Queen Street” (original marketing pitch) was the right way to position the product. David was also in the midst of rebranding his company from Red Rocket (named after our transit commission) to Scrappy Dog Real Estate Investments. By that point Dundee came in and said: “You’ve fucked up this project. You’re out.”

David had felt like he had made it and become a developer with Camden Lofts. But just like that – before construction had even started – he was off the project.

The deal that David struck with his partners was that he didn’t want any money out of the project (it didn’t end up making much money anyways). But he wanted to stay involved and be able to call Camden Lofts his project. And so to this day, Camden Lofts remains the first development project of his very successful real estate career.

But Camden Lofts didn’t solidify David as a real estate developer. After the fumble, David took on the role of managing a loft conversion for what turned out to be some pretty dodgy landowners. The total management fee was a princely $5,000, but David wanted to complete his own project from beginning to end. And so he did just that with Century Lofts at 365 Dundas Street East. He also spent a great deal of time learning Illustrator, Photoshop, and other design tools so that he could do all of the marketing himself. This is an experience that would later manifest itself in his company’s business model.

After tuning his craft for a couple of years, David met his current business partner, Mark Reeve. Mark was a corporate real estate developer and planner, and they talked about doing something together. So they did, and the result was Urban Capital Property Group. Mark was also able to planning consult on the side and that helped fund their fledgling business as they worked on breaking into the development game.

The first project to come out of this relationship was The Sylvia, which was also on Camden Street (#50). However, you won’t find this project on their website because it was done in partnership with developer Intracorp. The relationship ended up not being a productive one and both David and Mark vowed never again to be involved in a project that they weren’t actively managing themselves. That vow continues to this day.

The first project that Urban Capital did on their own was the 66-unit Charlotte Lofts. It’s the first project they completed from A to Z. They sourced the site, secured the financing, worked on the design, marketed it, and constructed it. It was a success.

The partners did well but the learning curve remained so steep that neither felt that they had really “made it” with this project. Indeed, my interviews have uncovered that this is a common experience amongst new developers. It can take a few projects before they really hit their stride and, in some cases, even make any money.

But who ever remembers the stumbles?

Today, Urban Capital has completed over 4,000 urban condominiums and has another 2,500 in the works. They have developed over $2 billion worth of real estate to become one of Canada’s most influential urban infill developers.

Unlike other Toronto-based condo developers, they have branched out beyond Toronto: east to Montreal, Ottawa and Halifax; and west to Winnipeg and Saskatoon, with other cities on the horizon. Their mission is to act as an urban regenerator by bringing high design urban living to new markets across the country.

They have come a long way since the days of Scrappy Dog Real Estate Investments. Clearly David is the furthest thing from “One File Wex.”

This is the first post in my new blog series called BARED (Becoming A Real Estate Developer). More posts to come in the following weeks. Subscribe to stay in the loop.