The Wall Street Journal recently published an interesting article that ties in nicely with two of my recent posts. My post about North American population growth and my post about the San Francisco pro-development group known as BARF.

The WSJ article is about the growing divide between affordable and expensive cities in the US. And the argument is that expansionist, or sprawling, cities are better at suppressing home values and maintaining affordability: 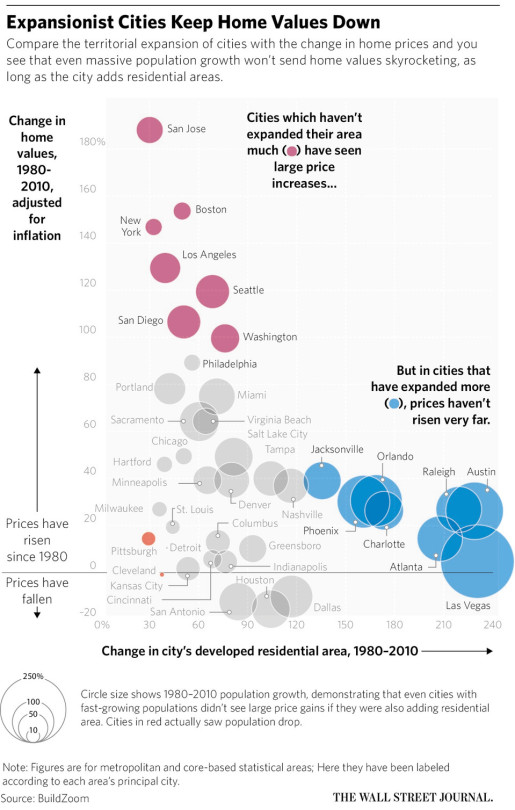 The reality is that greenfield development (suburban sprawl) generally has far fewer barriers to development than urban infill development. So I’m not surprised to see cities like Las Vegas, Atlanta, and Phoenix clustered towards the bottom right.

At the same time though, I’m obviously not convinced that sprawl is an optimal outcome. I think there are other costs not reflected in the chart above. So what’s the best solution here, assuming we want to build inclusive mixed-income cities?