Yesterday was an exciting day for Toronto city building announcements.

Firstly, Alex Bozikovic of the Globe and Mail published an exclusive preview of architect Bjarke Ingel’s plan for King Street West. Here’s a photo of the architectural model (it’s by Landon Speers): 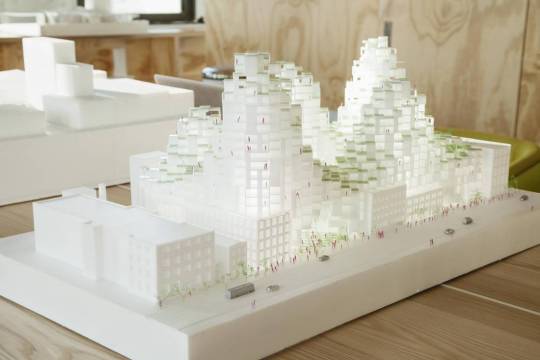 My favorite quote from the article is this one from Bjarke:

“It would be sad if the most diverse city in the world had the most homogenous real estate.”

For those of you who emailed me about the details of his talk next week (there were a lot of you!), I believe I emailed you all back. But in case I missed some of you, you can click here for the event details. I should have included it in my original post about BIG, but I thought the event was already oversubscribed. 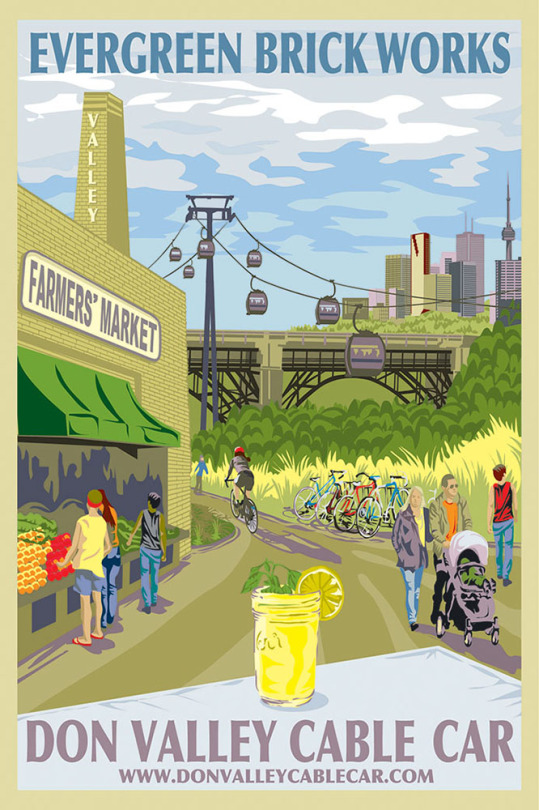 Secondly, a private company called Bullwheel International Cable Car Corp. has just proposed to build a $20 to $25 million gondola running from Danforth Avenue (near Broadview subway station) to the Evergreen Brickworks. The total length would be almost 1 km and it, allegedly, wouldn’t require any public money. Here is their website.

The timing of this proposal feels a bit serendipitous to me. When I was in Park City, Utah a few weeks ago, snowboarding right into the town and then taking their “town lifts” back up to traverse the mountain, I remember thinking to myself: what a wonderful form of transportation this is.

Of course, Park City has giant mountains and Toronto, unfortunately, does not. But we do have spectacular ravines and a spectacular institution known as the Evergreen Brickworks.

But one of the challenges with our ravines is that they can be a bit hidden – particularly for visitors to the city. Part of this is because we are trying to figure out the right balance between natural preservation and active use. But that’s one of the things that makes this proposal so intriguing. It’s a way to celebrate our ravines and natural landscape, without physically encroaching it.

Here’s a map of the proposed gondola path: 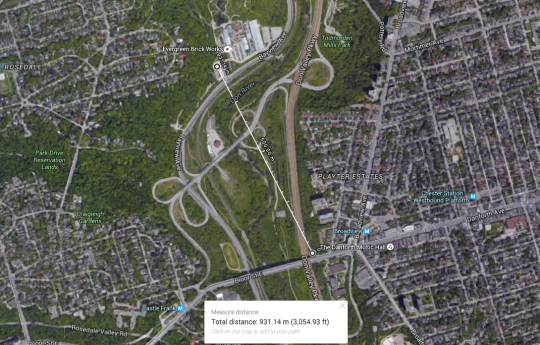 What do you think about these announcements?