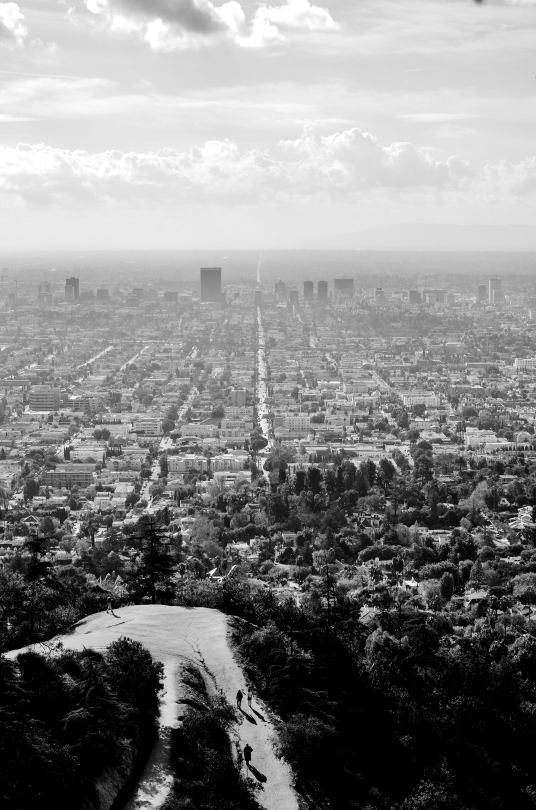 The headline isn’t a new one. Southern cities continue to grow quickly. This is not a new trend. Humans seem to like warm weather and the housing supply in southern cities tends to be more elastic. This keeps home prices relatively in check and allows the cities to more easily accommodate growth.

Two outliers near the top are Seattle and Denver. Since 2010, the population of these two cities grew 15.39% and 14.87%, respectively. I’m going to say it’s because of the skiing and snowboarding. Half-joking. For the top 25 large cities ranked by 2010-2016 growth rate, click here.

The below charts are from the United States Census Bureau. 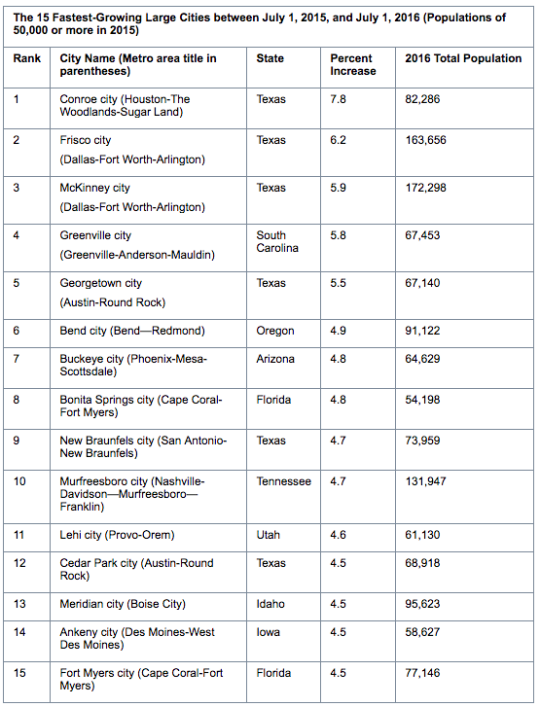 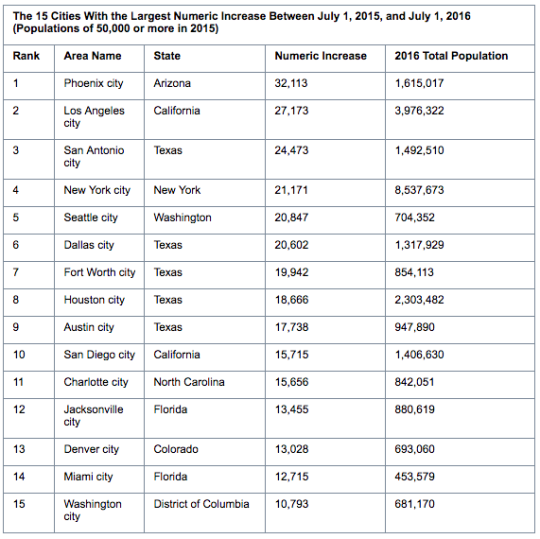