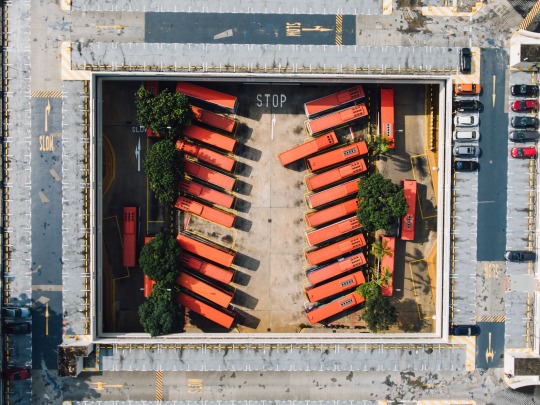 Lots sizes and dimensions vary from city to city, as well as from neighborhood to neighborhood. They come in many different shapes and sizes from long and narrow (common in Toronto) to rectangular or even wide and shallow. Charlie Gardner wrote a terrific post on this last year where he used Bing Maps to illustrate some of these differences. Tokyo, for instance, is shown as having more rectangular lots (32′ x 38′), whereas Buffalo is shown as having more long and narrow lots (30′ x 175′). Charlie then asks: why the prevalence of inefficient long and narrow lots? These dimensions obviously produce long and skinny houses.

As he rightly points out in his post, there are economic reasons for this. Assuming you’re starting with deep blocks and lots, then there’s going to be a natural tendency toward subdividing and going long and skinny. That’s because the key dimension is frontage onto the street. The more frontages you create, the more front doors can be built, the more lots with access to the Mississippi can be created, etc. And that’s how you end up with 10-12′ wide row homes, which also helps to address overall housing affordability. This is not a new phenomenon.

To further demonstrate this point, let’s look at how this phenomenon has translated into the condo market – specifically the mid-rise condo market here in Toronto. In this case street frontage morphs into window frontage (access to light). That’s now the guiding dimension. In a 1 bedroom apartment, that dimension might be something around 6-7m. That allows you to have both a bedroom and a living room with a window. So it makes for a great 1 bedroom or 1 bedroom + den apartment. (I’m ignoring corner suites for this thought exercise.)

However, a tension often arises when you begin to look at larger suites, such as 2 bedrooms and 3 bedrooms. The obvious response would be to simply give over more window frontage. So instead of 6-7m, the suite may get 10m. This would allow you to create a split 2 bedroom apartment (both rooms get windows) with a living room in the middle. This would be considered a highly desirable floor plan.

But up until now we’ve been ignoring the depth of the apartment. And as is the case with lot dimensions, this can have an impact on the amount of street/window frontage that gets designed. We’ve talked a lot about mid-rise buildings before on this blog and one of the challenges here in Toronto is that the 45 degree angular plane guideline produces deep floors on the bottom of the building and narrow floors on the top. Given this, it would not be unheard of to end up with 12m apartment depths on some of the lower floors.

The counter argument would be that nobody is forcing these larger floor plates. Simply carve the building back. But the economic reality is that the margins are so thin on mid-rise buildings, that it would be inconceivable to give up this floor area. You have to max out the envelope.

These are obviously big numbers. Question becomes: Who will be able to afford these?

So naturally the design exercise becomes about reducing the size of the apartments and often this means reducing the amount of window frontage. Of course when you do this, it means that one or more of the bedrooms will need to be pulled back from the front windows, which is how you end up with inset / recessed bedrooms (indirect light) and long and narrow apartments. These are often pejoratively referred to as “bowling alley suites”, but they are driven by a push for greater affordability.

Again, this is not a new phenomenon. It is simply a trade-off that gets made. It’s the long and narrow of property affordability.