Toronto is now a week into the King Street Transit Pilot.

It’s still early days and transit guru Steve Munro hasn’t yet published any before and after route performance. He will. But already the sentiment seems to be clear: This shit is working. There are many recounts of people’s commute times being more than cut in half.

As somebody who walks this stretch of King every day, this isn’t surprising to me. There has been a dramatic reduction in the number of cars on the street.

What is perhaps surprising is that none of the surrounding streets seem to be any busier. I would like to see the data, but it feels as if most of the cars have simply disappeared. Are more people now taking transit? Has this been your impression?

Of course, the pilot isn’t perfect. What is not working are the signs that tell drivers they can’t drive through most of the intersections (only turn right). The circular green lights confuse them or they simply don’t care.

There have been suggestions for better signals, such as this one: 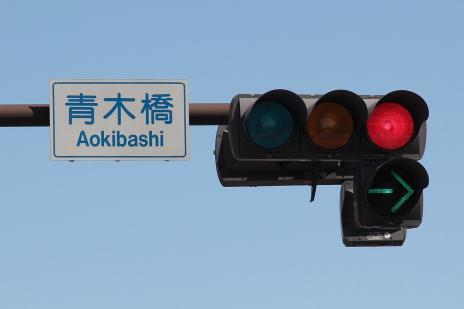 And if the pilot in its current incarnation does stick, I am sure there will be many additional improvements like this one made. But even at this early stage, Toronto is calling the pilot a “transit miracle.”

When City Council approved the pilot in the summer it had a preliminary cost estimate of $1.5 million. (Figure excludes the lost parking revenue associated with removing approximately 180 on-street parking spaces).

This is a relatively minuscule amount considering it has had an immediate impact, basically overnight, on the commute times of the 65,000 or so people who use this line every day.

And it feels even more minuscule when you consider that our Scarborough Subway extension is expected to cost $3.35+ billion to build and only service around 64,000 people a day when you look far into the future – 2031 to be exact.

The lesson here on King Street should be that light rail and surface transit routes can move lots of people very efficiently and cost effectively when you empower them to do precisely that.