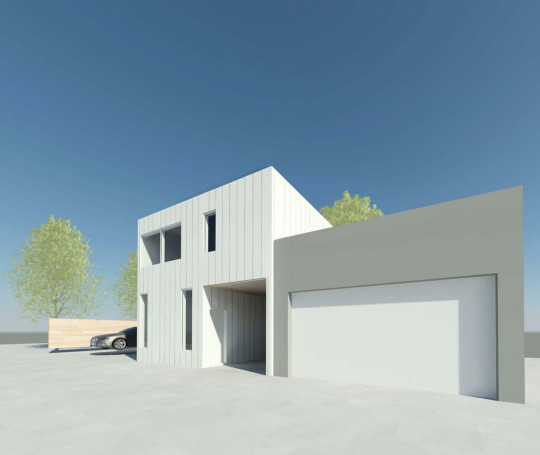 But before I could start I was told that Councillor Palacio had just submitted a last minute letter to the Committee. I was given a few minutes to read it, but the big bold “REFUSE” was probably the only word I needed to read.

I was then asked if I had read planning staff’s report. I acknowledged that I had read it and that I was aware that they were also recommending refusal of the application. I also noted that a number of my immediate neighbors sitting behind me were also opposed to the proposal.

That’s how my presentation started.

At this point you might be wondering: why bother?

I stood up today because, as most of you already know, laneway housing is something that I feel strongly about. This isn’t just about my individual project. I mean, why do all of this work for one small dwelling unit? For me, this is about city building and trying to affect positive change. (I would also love to live on a laneway.)

I could go on here about how the proposal was shorter than other existing structures on the lane, how the FSI was in check, how we had carefully studied shadows, and how planning staff had already supported greater densities and multiple dwellings on lots of similar size in the area.

But that’s not what today was really about.

My message to the Committee was that in my humble opinion this is inevitable. Look to Vancouver. Look to Edmonton. Look to many other cities. What we are debating today, or at least what we should be debating today, is what these laneway houses or suites or tiki huts are going to look like.

Right or wrong, our proposal was an attempt to answer that question. We looked carefully at what others had done before us, including our friends at Lanescape and Evergreen, and we proposed something that we believed was sensitive to its context.

But here’s the silver lining. At the end of it all, and right before a motion was made to refuse the application, one of the committee members said something very impactful. He more or less said: “I agree with you. This is inevitable.”

Sadly today was not that day.

I would like to thank everyone who came out today and everyone who got up to speak in support of laneway housing. It meant a lot to me. Some of you are also readers of this blog and it was great to meet you in person. Thank you.