I promise that this post won’t be all about laneways.

This afternoon Erin Davis of Torontoist published a post called: Are Laneway Suites a Solution to Toronto’s Housing Crisis?

There’s a quote in it from yours truly:

Brandon Donnelly, a 34-year-old real estate developer, has submitted plans to the City to build a laneway home behind the house he owns in the St. Clair Avenue and Dufferin Street area. “Look, nobody is claiming that laneway housing is going to solve all of our affordable housing woes. But it will do two important things. One, it will unlock new ground-related housing, which is precisely the kind of housing that we’re no longer able to build at scale. And two, it will create additional rental housing,” says Donnelly.

But I particularly like this one from Christopher Hume – urban affairs columnist at the Toronto Star:

This morning my friend Alex Bozikovic also published a piece on Toronto’s new 1.75km of public space under the Gardiner Expressway called The Bentway. It’s currently under construction and will open this winter. 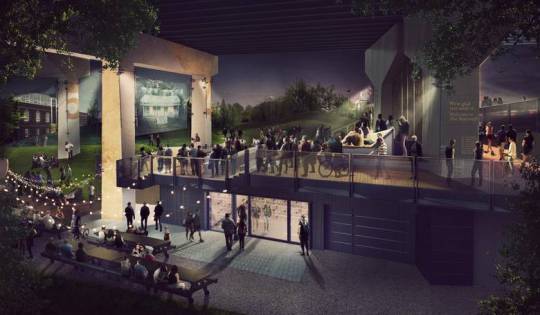 The timing of his article is actually quite serendipitous because I was in the area last night and as I walked past the construction site I couldn’t help but think to myself: “This is going to be absolutely brilliant once it’s done. Complete game changer for the area.”

My point with these two examples is that in both cases we are rethinking – or at least trying to rethink – neglected urban spaces. It’s about finding value where no additional value was thought to be found. And I love that.

Conventional wisdom has told us that our laneways and the spaces under our elevated Gardiner Expressway are not spaces to be celebrated. They are utilitarian at best and they are to be completely ignored at worst.

But when The Bentway opens this winter I have no doubt in my mind that it will prove conventional wisdom entirely wrong. Who wants to hang out under an elevated highway? Watch the entire city.

One day I believe that we will also look back on our laneways just as we look back at the The Bentway before it became The Bentway. We will ask ourselves: How did we overlook this for so long?

Image: PUBLIC WORK via the Globe and Mail