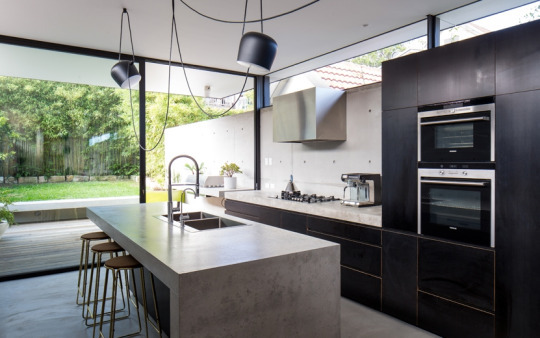 The Spaces just featured 21 Scott Street in Bronte (a suburb of Sydney) as its property of the week. (The home is currently listed.)

Designed by MCK Architects, the home is also called the “Upsilon House” and was supposedly designed for a fashion-industry couple.

Two things should immediately stand out to you about the house. One is how long and narrow the site and house are.

Here is a lengthwise view of the main living floor: 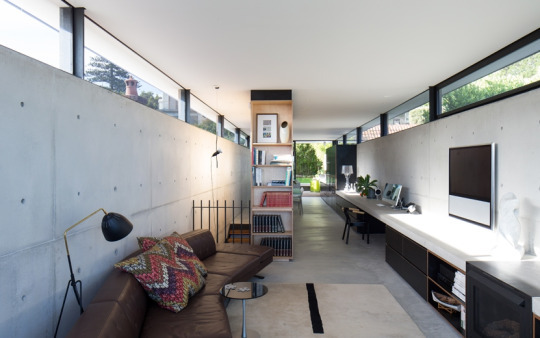 Based on the plans provided by The Agency (listing agency), the house is about ~3.9m wide. That’s because of its tight site. However, the clerestory windows that run the length of the house would provide ample light.

The other thing that should stand out is all of the exposed concrete. The Spaces calls it “soft brutalism.” I personally love it, but I recognize that it’s not for everyone.

In any event, it reminded me of a recent blog post by Witold Rybczynski in which he responded to the New York Times calling Habitat in Montreal a brutalist building. His rebuttal: that’s a gross over-simplification. Brutalism, in its truest sense, is about dramatizing the “rough character of concrete.”

But I particularly enjoyed how he ended the post:

“There is another litmus test of Brutalism. Buildings like Habitat remain popular with their users. If people don’t hate it, it can’t be Brutalist.”

If that’s the case, then 21 Scott is certainly not Brutalism in my book.