How often do you see it around town?

Here in Toronto, I can’t say that I see ours all that often outside of city hall. Am I missing it? Here’s what it looks like: 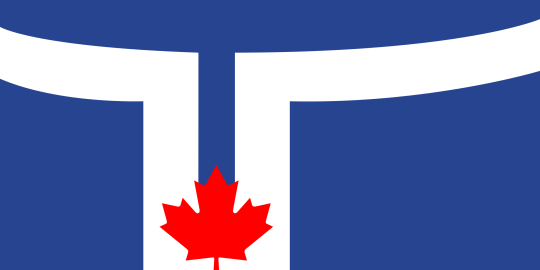 In other cities, such as Chicago, the city flag seems to be far more ubiquitous. Here’s what Chicago’s looks like: 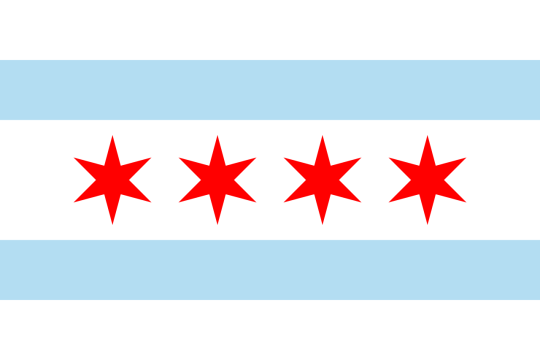 In the case of Toronto’s flag, the two white bands are meant to represent the architecture of Toronto City Hall. The maple leaf is the Council Chamber at the bottom. And there is some suggestion of a letter “T” for Toronto. Wikipedia says the “T” is supposed to be found in the blue space between and above the two towers of city hall, but I’ve always seen the two white bands as being the “T.”

In the case of Chicago’s flag, the blue bands represent the lake and river (I like that) and the four six-sided stars represent significant events in the history of the city (positioned between the two bodies of water to mimic its actual geography).

Roman Mars of 99% Invisible has a great podcast and TED talk on this topic. (The study of flags is known as vexillology.) In both instances, he outlines what he believes to be the 5 rules of great flag design. They are:

Toronto’s flag generally conforms to these rules. But there’s something about the positioning of the maple leaf that makes the flag feel a bit arbitrary to me. I want to rationalize it.

In any event, I think it could be really interesting if all of us shared our city’s flag in the comment section below and made a comment about how ubiquitous it is within the urban landscape.

Roman makes the argument that a great flag gives people something to rally behind. And with cities only becoming more important on the global stage, there’s something to be said about having a well-designed flag today.

I wonder if there will be a correlation between good flag design and ubiquity. My guess: probably.