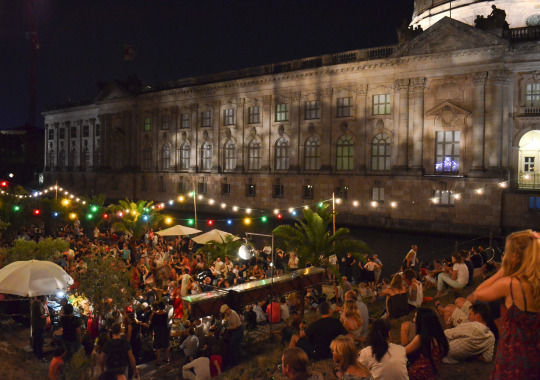 Recently I wrote about the first Night Mayor Summit being held in Amsterdam. As part of this, I spoke about Amsterdam’s first night mayor – Mirik Milan.

Since then (but obviously not because of my post), the idea has seemingly taken off. Below are a couple of excerpts from a recent Guardian article.

This pragmatic and classically Dutch notion is now being copied across Europe: Toulouse, Zurich, Paris as well as several other Dutch cities have night mayors too.

This week the mayor of London, Boris Johnson, announced plans for a “Night-Time Commission”, a six-month assessment of how to protect and manage the city’s £66bn night-time economy which is likely to recommend the creation of a “night-time champion” role.

Berlin is considering it too, and in April, Amsterdam will host the first global Night Mayors’ Summit.

Why is this happening? Simple:

“Late-night people are typically young, educated, creative, entrepreneurial – people you want in your city, and who work in the creative industries and startups you also want. If places like Berlin have flourished, it’s not just because of low rents. It’s because they’re nightlife capitals.”

So if you’re reading this, Mayor John Tory, now is probably your last chance to make Toronto a North American leader in this regard.

It’s great that we are trying to push the Toronto – Waterloo region as a global startup hub, but so is every other major city and region in the world. A focus on startups is so commonplace in today’s economic development strategies, that at this point it almost feels meaningless. What are we going to do to stand out in this competition for the world’s best talent?

If everyone believes something to be true – such as, there’s value in having a robust startup ecosystem – then it’s no longer innovative. It’s just the way things are. To take it to the next level, we’re going to have to do things that will probably feel uncomfortable at first – particularly for old establishment Toronto.

I’m not saying that having a night mayor is going to be the silver bullet for our startup ecosystem. There’s no such thing. But I am saying that it should be one component of our larger strategy.

Because already there’s a growing number of European cities who have come to this one simple realization: people are drawn to kickass places.