Today my friends and I spent the day at Snowbird.

In terms of the skiing and snowboarding, it’s way up there for me alongside Jackson Hole.

But beyond the mountain, two things really stood out for me. Firstly, I really liked the overall brand and identity of the resort. Everything from the napkins in the cafeteria to the ski run signs were decidedly modern. Secondly, I loved the Brutalist architecture. And both of these elements combined to create what felt to me like a truly modern ski resort.

Here are two photos that I took today: 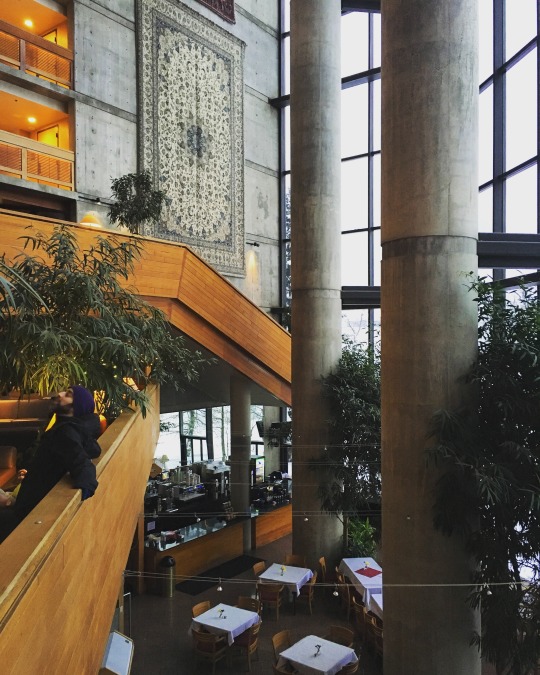 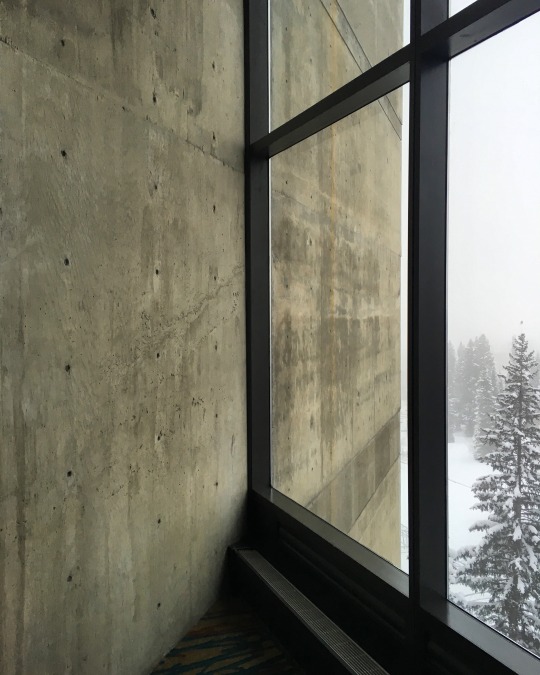 Developed in the mid-1960s by a man named Ted Johnson, the vision had always been to create a new kind of resort. In fact, Ted was insistent that they eschew the typical faux-alpine architecture that had come to characterize ski towns.

Here’s a brief summary of the parties involved and Ted’s design direction, via Salt Lake Modern:

In 1965, the Snowbird Design Group was founded to create the first master plan. The original group was composed of Robert Bliss, Dean of the School of Architecture at the University of Utah, Jim Christopher, principal at Brixen & Christopher Architects, Dan Kiley, renowned landscape architect and site planning consultant based in Vermont, and architect Jack Smith. Johnson was adamant that the new resort not look “alpine lodgey” and based on the steep terrain and available land, the only choice for design would be to make it compact and dense. An aesthetic very unlike Alta, located just above Snowbird.

For me, it’s the contrast between the rugged exposed concrete and the warm wood that I love. I left today thinking to myself that Snowbird is the most architecturally interesting ski resort I’ve ever visited.

But as luck would have it and immediately after we left the resort, I discovered a community group called, “Save our Canyons.” And they don’t appear to be as smitten as I am with the Brutalist architecture. Here’s an excerpt from one of their articles talking about a new construction project at Snowbird:

“Alas, more Snowbird droppings are fouling our Wasatch nest. Snowbird, already renowned for the hideous concrete bunkers at its base, has plopped another wad of architectural guano on top of Hidden Peak.”

Of course, it is well known that Brutalist architecture isn’t often a crowd favorite. But when done well, it can be quite beautiful. Hopefully there are others who see what my friends and I saw today.