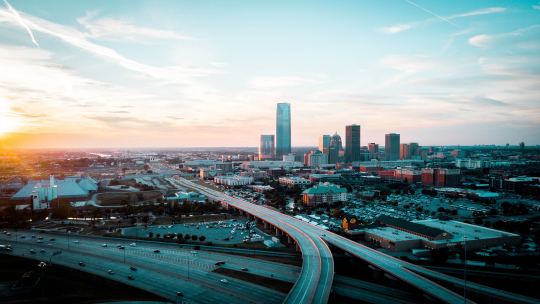 One of our partners sent me a terrific article last week by Sam Anderson on the founding of Oklahoma City.

I have said this before on the blog, but I am deeply fascinated by the origins of cities because, oftentimes, the story isn’t all that lucid. Why right here? As Anderson points out in his article, usually cities “creep into existence.”

But not Oklahoma City:

Oklahoma City was born in an event called, with extreme dramatic understatement, the Land Run. The Land Run should be called something like “Chaos Explosion Apocalypse Town” or “Reckoning of the DoomSettlers: Clusterfuck on the Prairie.” It should be one of the major events in American history. Dramatizations of it should be projected onto IMAX screens with 3-D explosions, in endless loops, forever. Every time you walk into a mall, you should be accosted by fuzzy-headed Land Run characters shouting, “What is America?!” “What does America even mean?!” Because the Land Run was, even by the standards of this very weird nation, absurd. It was a very bad idea, executed very badly. It would be hard to think of a worse way to start a city. Harper’s Weekly, which had a reporter on the ground, called it “one of the most bizarre and chaotic episodes of town founding in world history.” A century later, the scholar John William Reps reviewed the evidence and concurred. The founding of Oklahoma City, he wrote, was “the most disorderly episode of urban settlement this country, and perhaps the world, has ever witnessed.”

To learn how Oklahoma City went from a population of 0 to 10,000 in about half a day, check out the full article.

Photo by Gerson Repreza on Unsplash