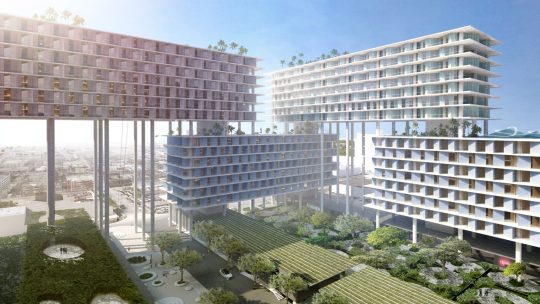 The proposed project includes office, residential, and hotel uses on stilts over three existing warehouse buildings. The existing buildings will be transformed into restaurants, shops, cafes, and a school. And supposedly, at least according to the renderings, the parking garage will be designed so that it can be transformed into a club at a night. This is Miami after all.

Here are a few diagrams from BIG showing the build up: 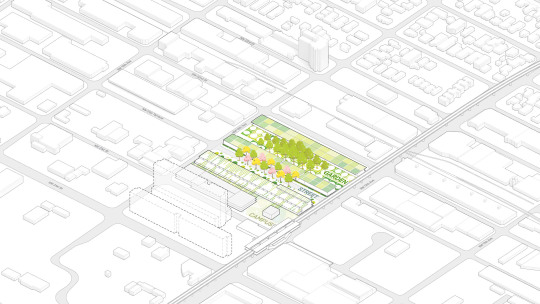 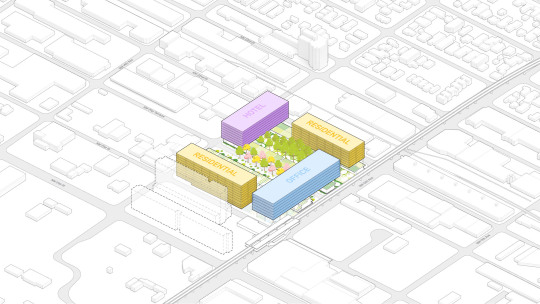 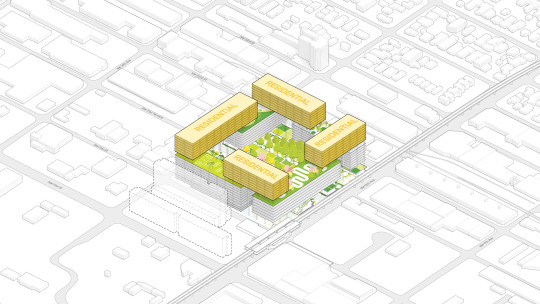 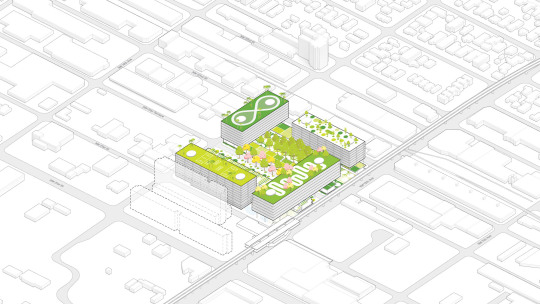 Perhaps best known for its warehouses and Dominican population, investors have been speculating for years that Allapattah would eventually become the next Wynwood. Here’s some evidence that it already has the requisite bars and artsy things.

Does this project signify a tipping point for the area? Feels like it. But those of you who know Miami better than I do would be in a better position to comment.