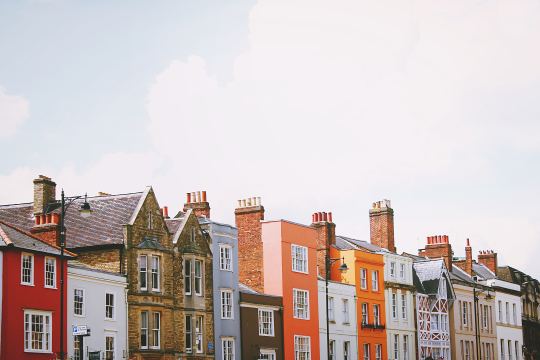 It’s important to first understand the costs and inputs that go into a development pro forma and how overall project feasibility is determined. For simplicity, let’s breakdown the costs as follows:

All of these costs buckets are significant. For a project to be feasible, you obviously need the revenues of the project to be greater than the above costs. There also needs to be a remaining profit margin that is commensurate with the risk profile of the project and that meets your investor’s return expectations. Most developers rely on outside equity and debt to finance their projects.

One of the misconceptions that I often hear is that people seem to think that the profit margin on projects is so great that developers could simply build affordable housing (or do many other things) if they weren’t so greedy. The reality is that development happens on the margin. It’s not easy to find sites and projects that make any sort of financial sense. More often than not they don’t.

The other reality is that in a growing market all of the above costs are also continually increasing. If revenue (i.e. rents and condo prices) is also growing, as has been the case here in Toronto for many many years, then developers can generally absorb reasonable increases and continue building. But if revenue stops growing, grows at a slower pace or, worse, shrinks, then feasibility could disappear and development would stop.

Now let’s talk specifically about inclusionary zoning. IZ is typically an incentivized or mandated requirement to provide a certain number of below-market housing units as part of new developments. Affordable housing is important. That’s why a number of cities already have inclusionary zoning policies – though it remains a fairly controversial tool.

From a development feasibility standpoint, a mandatory inclusionary zoning requirement represents a decrease in revenue. There’s now a percentage of the units that can no longer be rented or sold at market prices. And so to maintain the project’s feasibility – because remember development happens on the margin – something has got to change.

There are a few options.

Option One: You could simply try and pay less for the land. As we have talked about many times on this blog, land is supposed to be the residual claimant. Work backwards from revenues and your other costs to determine what can be paid for the land. The problem with this option is that land prices tend to be sticky.

Many or most landowners don’t give a shit about your development pro forma. They often have a number in mind and if you try and tell them that development charges just went up and you can’t pay as much for their land, they’ll simply sit on it and wait for someone else – even if that means waiting for the market to catch up (i.e. waiting for rents to go up).

Option Two: Charge more for the remaining market units. If the market is sufficiently robust, perhaps this is an option. This is one of the reasons why inclusionary zoning often produces more units in markets where there’s already strong demand for new housing.

But it’s also one of the reasons why IZ is controversial. You’re asking the other renters/buyers in the project to effectively subsidize the below market units. And there is research out there (previously posted on this blog) suggesting that in some instances IZ policies have created additional upward pressure on market rents and home prices.

Option Three: Incentives are provided by the municipality to offset some or all of the additional burden placed on the project. This could come in the form of a density bonus, financial contribution, a waiving of other municipal charges/fees, and so on.

Though I have questions about the details, this is something that was proposed in Ontario’s draft regulation (albeit not to the extent that the industry wanted). Now you know why I said and why I believe that these offsets are important to the industry and to overall housing affordability.

My hope with this post was to provide the developer’s perspective, but also take a very matter of fact approach to inclusionary zoning. Most people recognize the importance of affordable and accessible housing. The question is how best to execute.

Photo by Toa Heftiba on Unsplash