The Martin Prosperity Institute here in Toronto recently published a new report that looks at worldwide venture capital investment by city. The report is called Rise of the Global Startup City.

The data is from 2012, because that’s what was available from Thomson Reuters, so keep in mind that there might be some variation in the rankings if we were to look at more recent data. Some of the cities sit fairly close.

Nonetheless, here are a few of the broader takeaways (from the report page):

“Global venture investment is highly uneven and spiky — it is concentrated in a small number of large cities and metros around the world.”

Here are the top 20 cities by total venture capital investment (in USD millions): 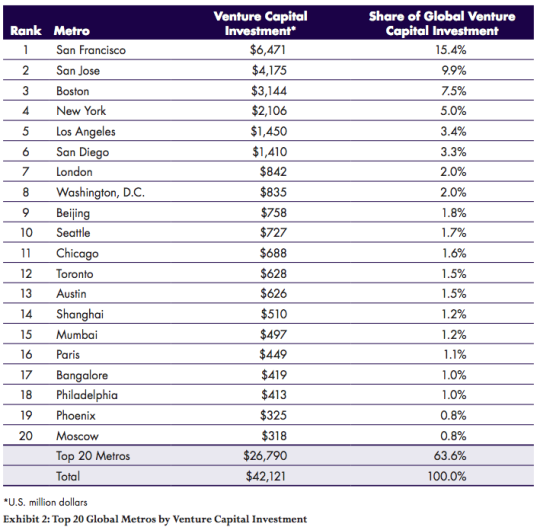 And here are the top 20 cities according to venture capital investment per capita: 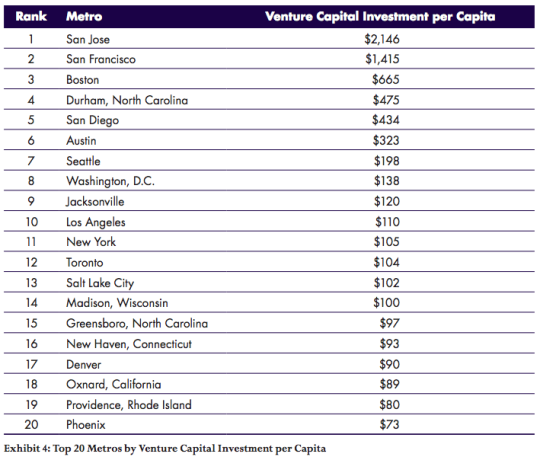 Given the variation in these two lists, you realize that some cities are largely benefitting from sheer size. London, for example, drops off the list when you look at venture capital investment per capita.

In fact, in this second list, 19 of the 20 cities are in the United States. The only non-American city that remains is Toronto.