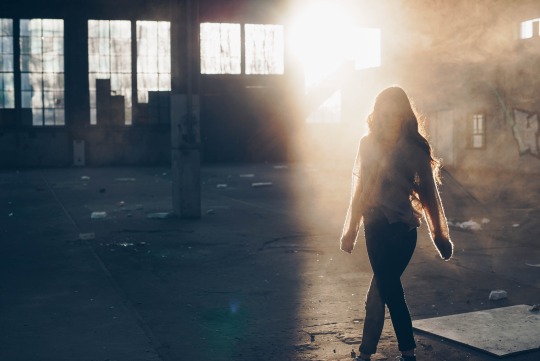 I don’t mean for this to be pejorative in any way. I was just trying to be matter-of-fact about it.

When I wrote yesterday’s post about the Drake Commissary and the changes that have and will continue to happen in West Queen West and in the Junction Triangle, I knew in my mind that people would be thinking about gentrification.

Sterling Road is home to many artists and creatives. What will happen to them as the area develops? I am sympathetic to concerns around displacement. We’ve also seen what can happen to a neighborhood when even the big brands and big money decide to leave.

But let’s dig into this narrative a bit more.

Virtually every private sector building ever built was done with a profit motivation behind it. When that old abandoned brick-and-beam warehouse was built, it made economic sense to do so – or at least somebody believed that to be the case.

In many/most cases this ends up being true. So when the building eventually loses its utility, it is because something has changed in the world. Manufacturing has gone offshore. People are now shopping online. The city has gone bankrupt. Tastes have changed and nobody wants to lease the building. The list goes on.

When groups rediscover and repurpose these spaces they are effectively kick-starting a new lifecycle for the building. And under the right circumstances, a new cycle for the neighborhood. These are the artists, the nightclubs (see Berlin club scene), the brewers, and so on. This is a hugely valuable phenomenon for cities because fresh ideas often require cheap space.

Of course, it may also be the case that the buildings aren’t empty. But new energy is still introduced to the neighborhood and things start to visibly change.

Where I think many people take issue is when these early adopters and pioneers ultimately get displaced because of their own actions. They are the ones who made the area desirable again and there’s a sense of ownership: “Hey, I was here first.” I get that.

But what we often forget is that what is old was once new. Some developer presumably made money building that abandoned building and many people came before us to lay claim to its spaces.

The fact of the matter is that neighborhoods and cities naturally go through cycles. They also ideally grow. That’s why I like when people talk about cities as organisms with metabolic rates. Change is a constant, even if it may not seem that way.

Take, for instance, the suburban neighborhood where I grew up. We moved in when it was basically a new subdivision and so the area was filled with young families. I had lots of kids my own age to play with. It was loads of fun. The streets were always filled with kids.

But we’ve all grown up and most of us have moved on, meaning the neighborhood no longer has the same character, despite the fact that the built form has basically remained the same. When I go back to the area, I no longer see any kids playing in the streets. But that’s not to say it won’t happen again.

This is a subtle example of one of the ways in which neighborhoods go through cycles – this one being a demographic one. Though it can obviously happen through more dramatic changes, such as new development or the abandonment and repurposing of older buildings.

So if we are to assume that these sorts of natural cycles and changes are happening all around us, here are my honest questions.

Can and should gentrification (i.e. investment) be stopped? If so, are we saying that neighborhood cycles should be halted at one precise point in time, perhaps after the early-adopters take root? Or should we try and temper the pace of change? Is it simply a case of too much of a good thing?

Let me give another example.

I live in a condo building that is less than 5 years old. It’s 33 storeys, which is one of the higher buildings in the area. I’m sure it was contentious when it was initially proposed.

There are people who live and own in my building who today have real concerns about the other developments proposed and underway in the neighborhood. They worry that it will negatively impact the neighborhood, traffic, their views, and so on. But how does that work?

To me, this is selfish. Because this is not a case of investment with displacement. And less than 5 years ago – before my building was built and occupied – we were the outsiders. I was the guy that current residents were worried about. Who am I to now turn around and say that nobody else is welcome now that I’m here?

I say all of this not because I profess to have all of the answers. But because these are hot button issues and I think we’d be well-served by more precision in our discussions. Cities change and grow. That’s what makes them incredible and resilient places. Stasis is not an option.

So how should we ride the growth and the cycles?