Earlier in the week, my friend Rodney Wilts of Theia Partners sent me a JLL report called, World Cities: Mapping the Pathways to Success. I am admittedly only getting around to it now.

The report proposes a new typology of world cities that looks like this: 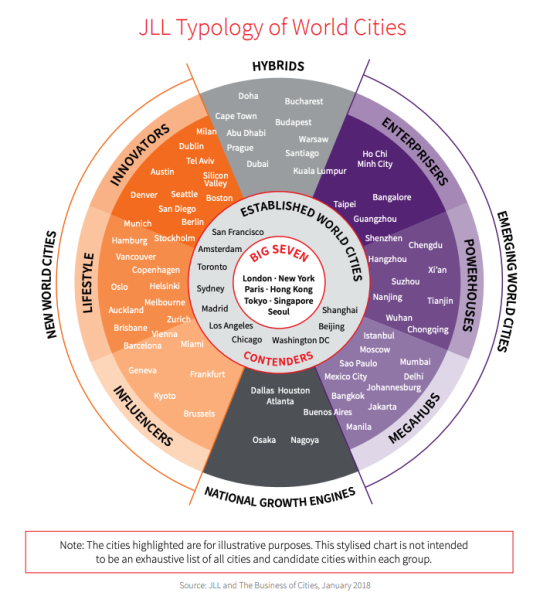 It is based on 10 overall categories of cities, grouped into 4 main buckets. The first bucket is “Established World Cities”, within which there is the “Big Seven”, and then the “Contenders.”

The Real Estate Highlights that accompany each category of city is a good place to start if you’re looking to do a quick scan of the report.

One-quarter of all capital invested in commercial real estate globally currently lands in one of the “Big Seven” cities. And London and New York are easily at the top.

“Lifestyle” cities – such as Vancouver, Auckland, and Oslo – are some of the most active investment markets. Biggest rental growth for prime offices (since 2000) in the “New World Cities” category.