The New York Times has a recent article up talking about the disappearing “urban advantage” for low-skilled workers. It is based on the work of MIT economist David Autor.

Here is a chart from the article plotting wages against population density from 1950 to 2015: 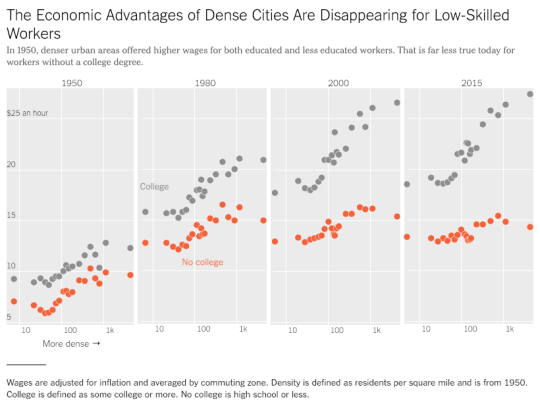 The clear takeaway is that dense urban centers remain a place where wealth is created – but you probably need a college degree.

The economic advantages of dense cities for those without one appears to be disappearing. The labor market has diverged.

Interestingly enough, David’s research also suggests that college graduates may be starting to abstain from the suburbs – even when they have kids.

And that’s because the returns to being in the city are so great.