The Guardian is running a series right now called: The next 15 megacities. A megacity is typically (but loosely) defined as a city (or metropolitan area) with a population of at least 10 million people.

By 2035, another 15 cities are expected to become megacities according to the United Nations. Hence the above series. None of these new entrants will be in the Americas. And only one – London – is anticipated to be in the West. 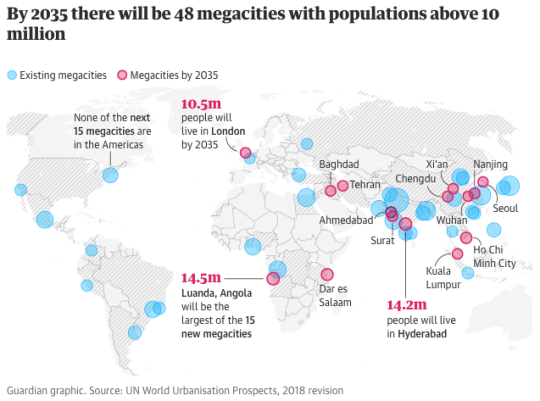 The first city in their series is Baghdad. The second is Dar es Salaam. And the third, and latest, is Tehran. They are such interesting reads.

I have said this before on the blog, but the pace of growth in many of these cities is astounding. Dar es Salaam – one of the fastest growing cities in the world – is adding about half a million people ever year.