Here are two images of the unfinished Museum of Image & Sound in Rio de Janeiro by Diller Scofidio + Renfro. 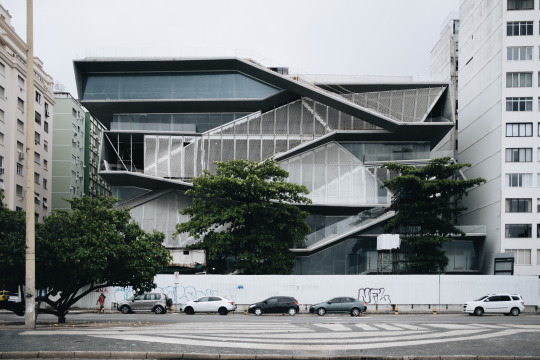 The building sits across from Copacabana’s famed beach and tiled boardwalk. The street you’re looking at is Avenida Atlântica.

The idea behind the architecture was to create a kind of “vertical boulevard” on the building’s beachside facade. Clever.

It is particularly impactful when you see it within the context of Copacabana’s delightfully formidable streetwall and curving promenade.

But it is unclear when the building will ultimately be finished. Construction started in 2010 and it first stalled in 2012. Too bad.