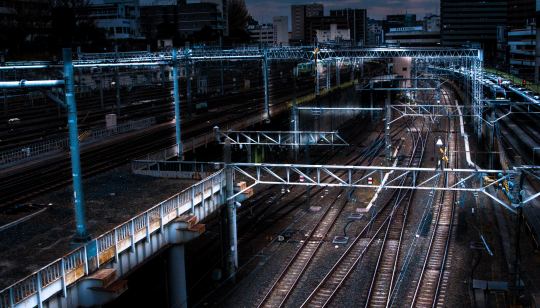 I was intrigued to learn today that one of the ways that Japan has been trying to combat this high figure is by installing blue LED lamps on some of its railway platforms. Blue lights have been proven to have a calming effect (compared to white light). And since jumping in front of a train is unfortunately a common suicide method, blue lights were thought to maybe be a cost effective alternative to platform screen doors.

The first blue station lights were installed on Tokyo’s Yamanote line in 2009. And according to this 2013 study – which looked at the possible impact across 71 train stations in Japan – the introduction of blue lights actually resulted in an 84% decrease in the number of suicides. Further studies also showed that there were no corresponding increases at other non-blue light stations.

It is an interesting example of “nudge theory”, but does it get at the root of the problem?

Photo by Athena Lam on Unsplash