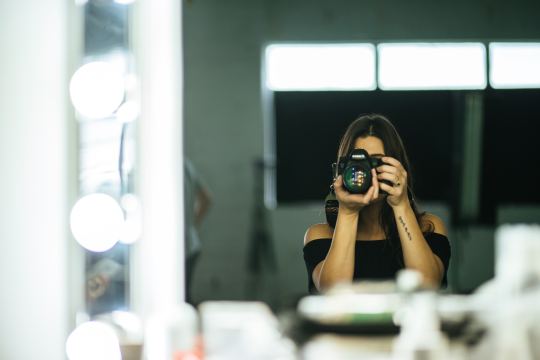 The product matters. How big is the screen on this smartphone? How many horses does this all-wheel drive car have? And how high are the ceilings in this condo? (Some architects get grumpy with me when I call buildings a “product.” It’s so much more than that, right?)

But here is a good reminder from Zander Nethercutt via a post he did on Medium earlier this year: People Don’t Buy Products, They Buy Better Versions of Themselves.

The example he gives is that of Pepsi. While damn near identical to Coke in terms of its chemical composition, Pepsi was struggling until it decided to try something new. They stopped focusing on the product itself and instead starting selling the type of person you would become, if you drank Pepsi.

These people, and this campaign, became known as the Pepsi Generation.

We have talked about this idea before on the blog and this approach to selling is now quite commonplace. But I like how Nethercutt distills it down: Desire translates into consumption. And I want to buy a better version of myself.

I also buy his add-on argument that social media has amplified our awareness and desires around self, because today we are so often externalizing it to the world and being instantaneously judged on it. Like. No like.

Am I the kind of person who eats here, stays there, and consumes this?

Photo by Christina Boemio on Unsplash