I recently wrote about this visual essay – showing the world’s population – from The Pudding.

They have some great essays. So I went exploring today.

Here is one that looks at the phenomenon of “poor-country urbanization” by way of the number of flights per day from a city. 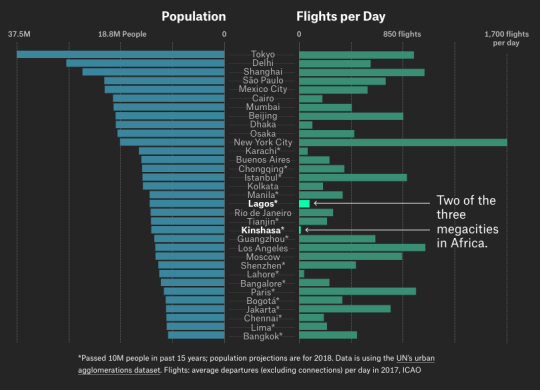 The argument is that a low number of daily flights means that the city, despite perhaps having a large number of people, is actually quite disconnected from the global economy.

Typically, people moving from rural areas to urban areas has tended to translate into rising incomes. It has lifted people out of poverty.

But today we’re seeing examples of poor urbanization, where the migration is less about opportunity and more about necessity.

While maybe crude, this measuring stick of flights per day piqued my curiosity. So here are some preliminary figures from the Airports Council International for 2017: 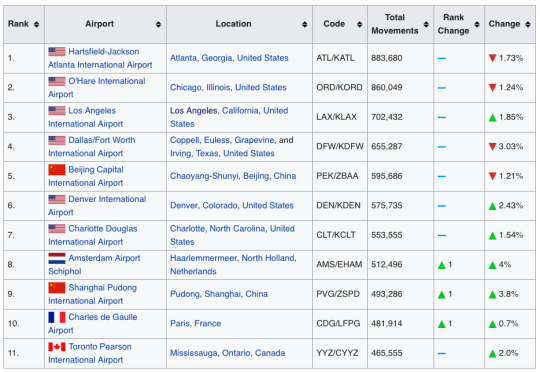 The primary example mentioned in the essay is that of Kinshasa, which is the capital of the DRC.

It has a population of around 13 million people, but only 13 departing flights per day. (I’m assuming its “total movements” would be higher.)