Matt Daniels over at The Pudding recently visualized the world’s population in this spiky 3D map. You need to take a look. Better on desktop.

Here is the Greater Toronto and Hamilton region (16.8 million people reside in this screen grab): 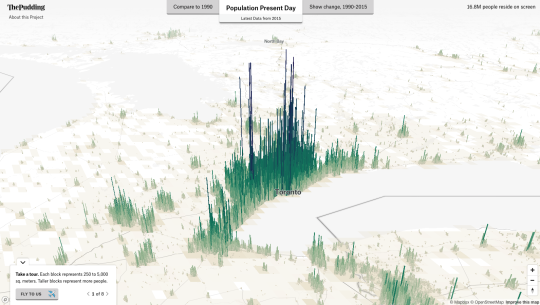 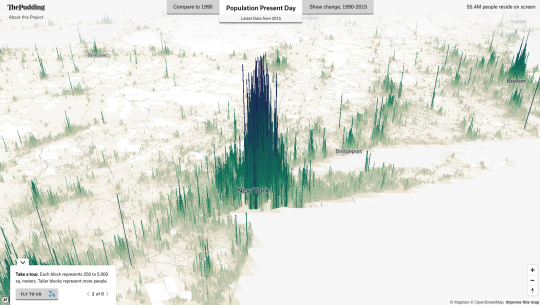 And here is China (1.054 billion people reside in this screen grab): 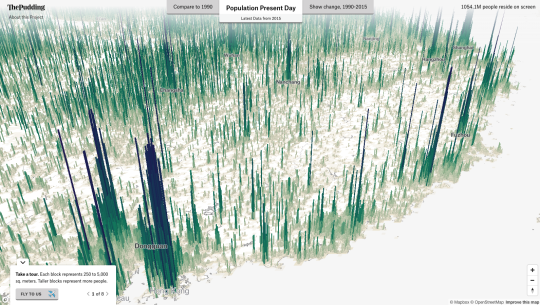 I tried to capture both Shanghai and Hong Kong in this image. Guangzhou, Hong Kong, and Shenzhen are currently in the mist of forming a 40 million-person megalopolis.

If we pan back over to the northeastern United States and Central Canada – keeping the same scale as the above image from China – it looks like this: 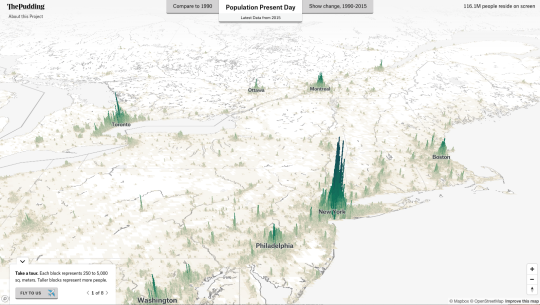