This morning I went through some of the floor plans for King Toronto, which are now up on BuzzBuzzHome. In case you’re wondering, they are currently showing an average price of $1604 per square foot.

Here is a 1 bedroom + atelier: 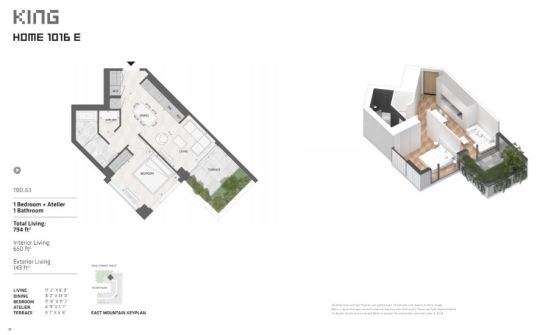 And here is a 2 bedroom + atelier: 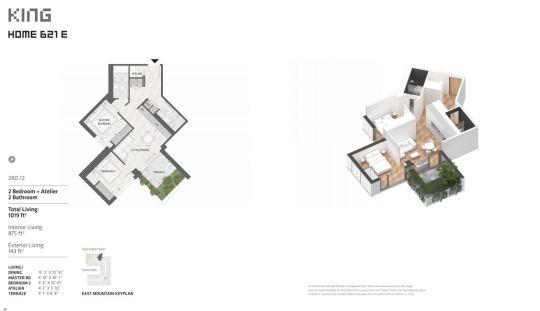 There are no dens in these plans. They have been replaced with ateliers, which sounds cool. I want my own atelier where I make things. But it may also be a clever way to get around calling them studies or nooks.

A lot of people in the industry have been commenting on how they’ve included the exterior living space in the calculation of total area. That seems logical to me, especially for a project like this where the terraces form such an integral part of the architecture.

The other thing I noticed is that the buildings are, actually, being referred to as mountains. This has been part of the project’s design narrative since the beginning. So I like the consistency. The above plans are for suites within the “east mountain.”

But what I wanted to ask all of you today is whether you find the addition of a 3D plan helpful. It’s obviously not new, but it is still fairly uncommon, at least in this market. Do you think it’s worth it?