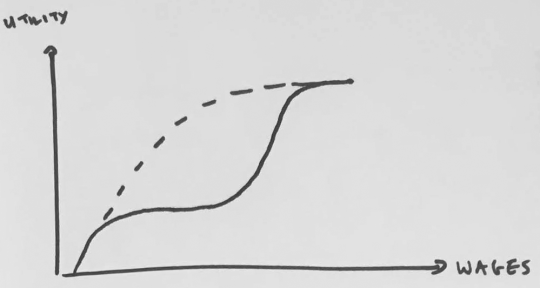 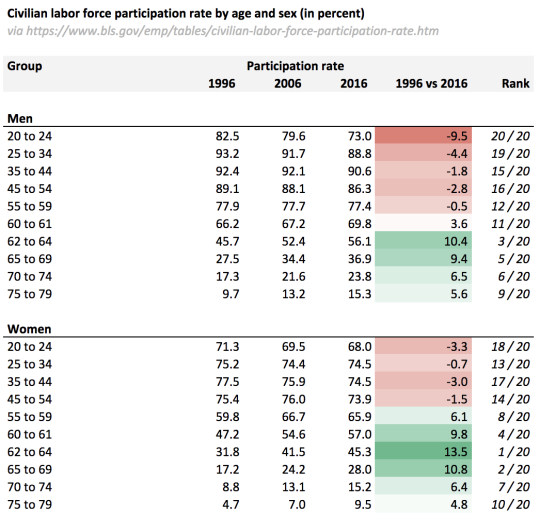 Participation is down for young people, but up for older people. This is perhaps signaling that older demographics still need to work in order to maintain certain needs and/or a particular lifestyle.

The possible explanations for this declining rate among young people are interesting. The authors argue that it is a combination of the declining cost of media entertainment content and the amplification of social status signaling, among other things.

The declining cost of online content has meant that this form of leisure activity has become incredibly cheap, if not entirely free (beyond the mostly fixed cost of an internet connection). So there’s always something enjoyable to do.

At the same time, the authors argue that once people make enough money to satisfy basic needs, there becomes a tradeoff between trying to make more money and simply spending more time on leisure.

Historically, the motivator to make more money has been arguably associated with social status signalling through conspicuous consumption. But with the advent of social media, we are all now signaling globally, instead of just locally.

Due to increased competition, the argument is that people are now feeling demotivated by all the conspicuous consumption that they see online. It is simply too difficult to compete. The Gini coefficient is too high.

So why not just spent more time on leisure?

One potential policy implication is that raising the minimum wage wouldn’t be enough to spur increased labor force participation. Labor isn’t responding in the same way to wage increases. There would need to be a much more significant increase in income for that to happen – hence the “kinky labor supply curve.”

One possible solution is an attention tax. But their takeaway is that this lost productivity will more than likely be made up for with technology, which could ultimately translate into something we are already seeing: increased inequality.

Check out the essay here. It’s an interesting read.