The Institute for Housing Studies at DePaul University recently published this overview of the “socioeconomic factors affecting demand for housing in Chicago.” 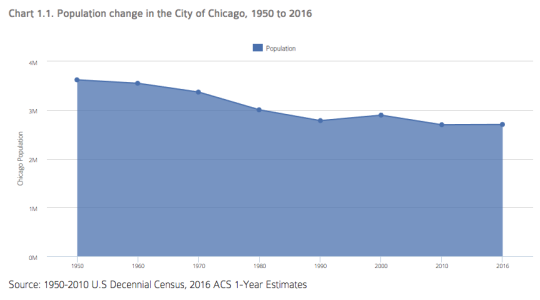 And here is a comparison between Chicago and the five biggest cities in the US. Note the “sun and sprawl” phenomenon. Also note that the list below is for city proper boundaries.

One particularly interesting set of stats is the decline of children (population under the age of 18) in the city: 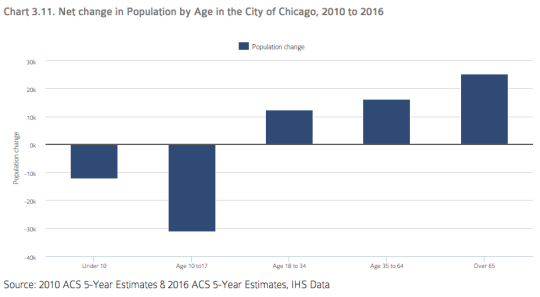 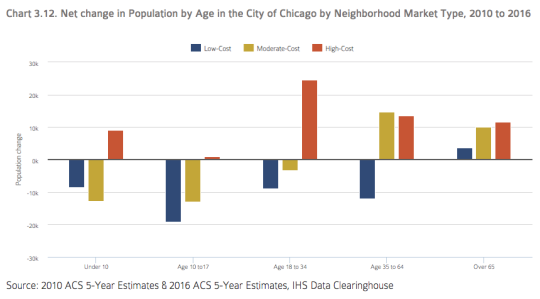 The study posits that the old trend of moving to the suburbs after you have kids may not be for everyone – provided, of course, that you have the means. And it goes beyond Chicago. DC is predicting a 25% increase in K-12 students within the District.