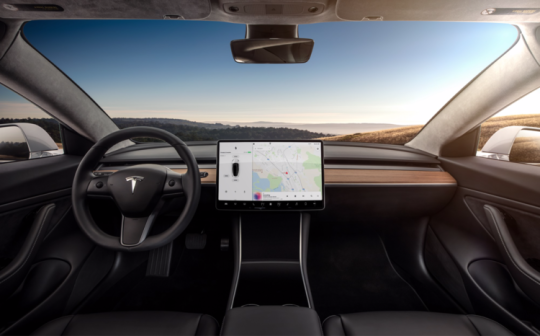 Benedict Evans just published a great post on his blog about “Tesla, software and disruption.” I recommend a full read. In it, he tries to answer whether Tesla is really “the new iPhone” and if it will be as disruptive to the car landscape as some/many people think.

In his line of thinking, electric (as opposed to an ICE vehicle) feels a lot more like a sustaining innovation, rather than a disruptive innovation. In other words, it something that incumbents will be able to incorporate. So it will not change the “basis of competition.”

The more critical aspect is instead autonomy. Here are two snippets from the piece:

All of this takes us to autonomy. Electric is compelling but will probably be a commodity, whereas Tesla’s improvements on top of electric may not be commodities but are not necessarily decisive. Autonomy changes the world in profound ways (I wrote about this here), and it’s a fundamentally new technology that doesn’t look at all like a commodity. And Tesla is doing this, too. Sort of.

In this competition, Tesla’s thesis is that the data it can collect from its cars will give it a crucial advantage. The only reason that anyone is interested in autonomy today is that the emergence of machine learning (ML) in the last 5 years probably gives us a way to make it work. Machine learning, in turn, is about extracting patterns from large amounts of data, and then matching things against those patterns. So how much data do you have?

But even if we are to all agree that autonomy is the “disruptive innovation”, it is not yet clear who will get there first. Maybe it is Tesla. Maybe it is Waymo. Regardless, many or most people seem to agree that it will arrive in 202x.