The below figure shows the taxing authority of US cities by state. In some cases there’s a city or two with additional taxing authority. New York City, for instance, has been authorized by the state to levy property, sales, and income taxes, whereas other cities in the state can only levy property and sales taxes. 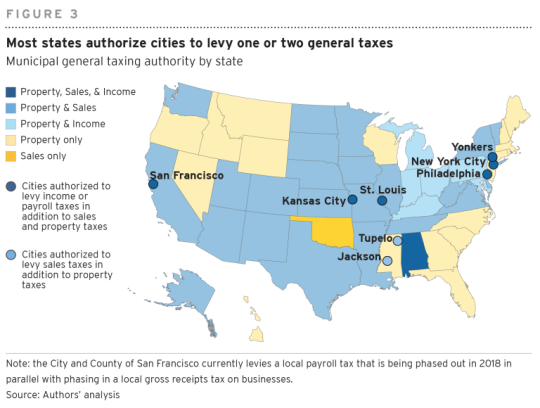 The figure is from a recent report by Brookings called, City budgets in an era of increased uncertainty. In addition to revenue sources, the report also covers spending limits and tax structure alignment.

The report concludes that cities generally have a stronger fiscal position when their tax structure aligns with their economy. For example, cities such as Las Vegas that have lower than average property values and are only authorized to collect property taxes, do not score well.

One thing that the above figure does not get across is that more money now comes in from non-tax revenues, user fees, and other charges. According to 2012 census data, 37% of all municipal revenue in the United States came from these sorts of charges. 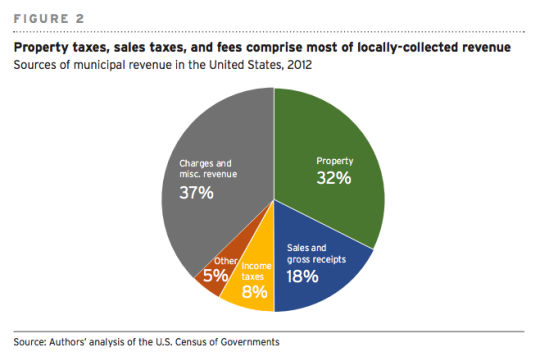