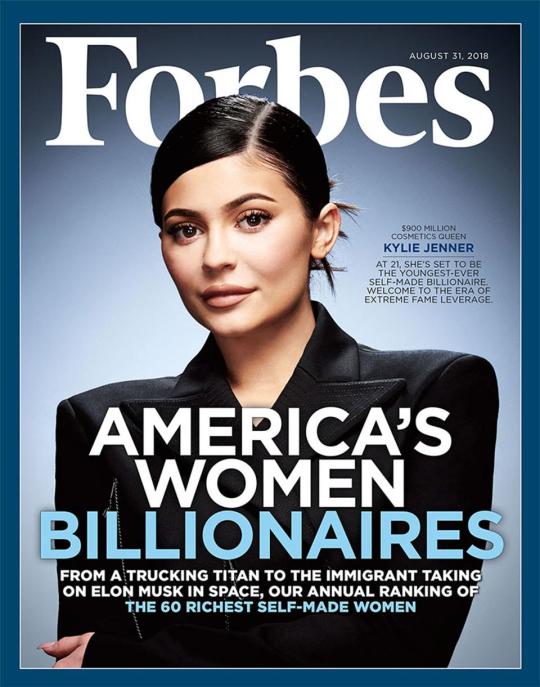 And if the trend line continues, she’ll be the youngest self-made billionaire, ever. Mark Zuckerberg apparently holds that title right now. But he was a classic underachiever and only became a billionaire at age 23.

Most of Kylie’s net worth is derived from Kylie Cosmetics, which launched less than 3 years ago, but did an estimated $330 million in revenue last year. Forbes values the company at almost $800 million. And Kylie owns every bit of it.

The reason I am mentioning this today is because I was fascinated by the above Forbes article. It’s such a powerful example of social media leverage. Forbes put it differently: “Social media has weaponized fame.”

Kylie has 111 million followers on Instagram (plus many more on her other social channels) and that’s really the most important part of this equation. She has the distribution and reach to acquire boat loads of customers. It doesn’t matter what you’re selling if nobody knows you’re selling it.

The rest of her business is pretty much outsourced. Seed Beauty (out of Oxnard, California and Nanjing, China) handles the manufacturing, packaging, and shipping fulfillment. Shopify (headquartered in Ottawa) is her e-commerce platform.