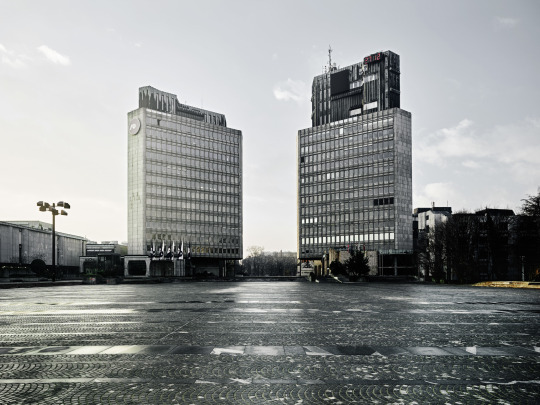 A new exhibition on postwar architecture in (the former) Yugoslavia opens up today (July 15) at the Museum of Modern Art in New York. It’s called, Toward a Concrete Utopia: Architecture in Yugoslavia, 1948–1980, and it runs until January 13, 2019.

Here is a bit more about the exhibition:

Situated between the capitalist West and the socialist East, Yugoslavia’s architects responded to contradictory demands and influences, developing a postwar architecture both in line with and distinct from the design approaches seen elsewhere in Europe and beyond. The architecture that emerged—from International Style skyscrapers to Brutalist “social condensers”—is a manifestation of the radical diversity, hybridity, and idealism that characterized the Yugoslav state itself.

And here is a panel discussion about the exhibition (click here if you can’t see the video below):

Architecture tells you a lot about a place and what was happening at the time in which it was built. I would love to see this exhibition and I hope to do exactly that if I’m in New York City before the new year.