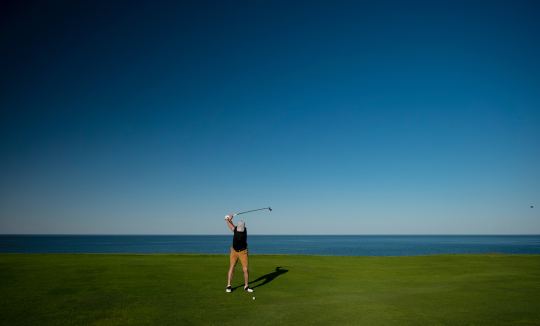 CityLab recently published an article talking about the difficult time that golf-centric country clubs are having in attracting young people (and minorities and women). Their reasoning is that Millennials are saddled with student debt and can’t afford the fees; Millennials find these sorts of clubs stuffy and overly formal; and Millennials are put off by the long history of these places being only for rich white males.

The result is that golf and country club memberships are down about 20% since 1990. In the 90s there were more than 5,000 full service clubs of this type in the US. And today it’s somewhere south of 4,000. In the 90s, about 9 million people aged 18 to 34 played golf (again in the US). And today that number is somewhere around 6.2 million. All stats taken from the article.

But at the same time, the article argues that Millennials may still like country clubs, they’re just about 10 years behind because of higher education, travel, and delayed family formation. The article also talks about the rise of private clubs like Soho House, as well as others. And so here’s one counter argument: Millennials are open to private clubs and many have the means. They just want them to be, well, cooler and more urban.

As a young person who largely fits within the trend line described in the CityLab article, my gut tells me that this is largely a case of changing consumer preferences and urbanizing wealth. That’s why we’re seeing established country club operators open up “urban basecamps.” But that’s my view. What is yours? Let us know in the comments below.

Photo by Andrew Rice on Unsplash