Kevin Rose is an internet entrepreneur. He has built a number of consumer products, including Digg in 2004. Previously he was a venture capitalist with Google Ventures, but now he’s doing that with True Ventures. He also hosts a podcast.

This past weekend he posted the following photo to his Instagram: 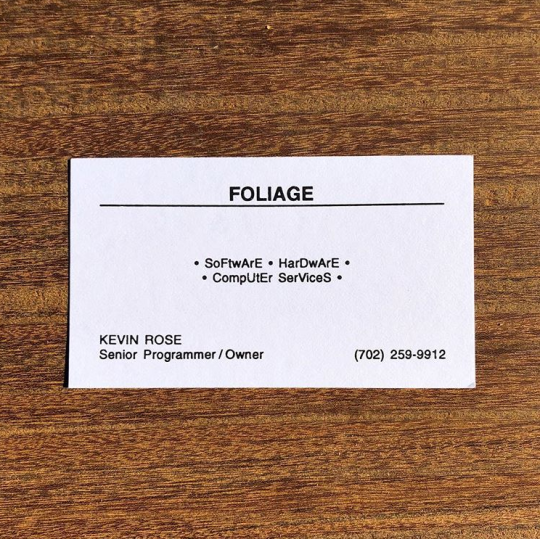 I laughed as soon as I saw this post because it is exactly the sort of thing that the 13 year old version of me would have done and probably did. (The combination of upper and lower case letters on the card also helped with the humor.) I’m sure if I dug around my mother’s house I would find a trail of my failed business schemes and project ideas.

But that’s entirely the point he is trying to make. Try. Fail. Learn. Refine. All of these actions will increase your odds of success at the next go around. Nobody will remember the failures anyways.

Seth Godin perhaps said it best with: “The tiny cost of failure is dwarfed by the huge cost of not trying.”