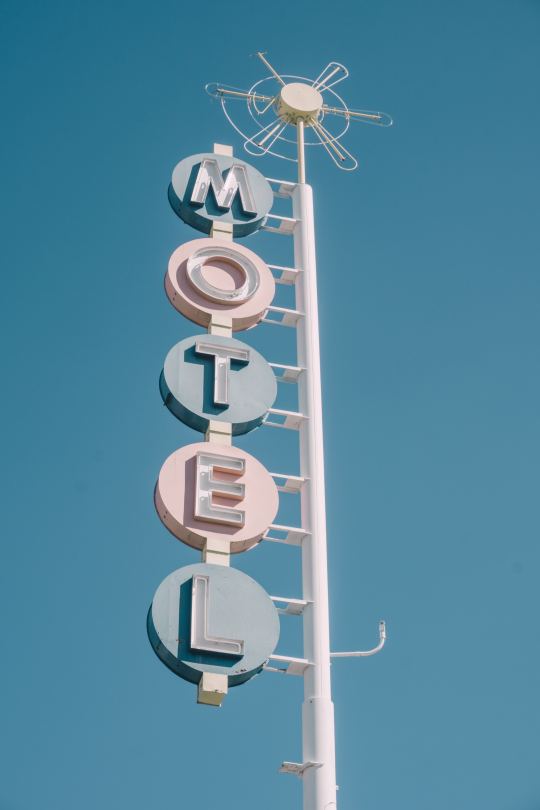 I must have been sick for this lesson in architecture school, because I just discovered, through Curbed, that there is a subset of mid-century modern architecture known as Googie. It originated in Southern California in the 1940s and was all about the future, car culture, the Space Age, and the many other things that dominated the postwar years. Think starbursts, curvaceous geometric shapes, and bright colors. We all know the architecture. But did you know it was called, Googie?

Supposedly the Googie movement was given its label by architecture critic Douglas Haskell, who used it in a derogatory way to describe criticize the architectural fashion at the time. Googie was the name of an actual coffee shop in West Hollywood designed by John Lautner. And that’s something that is noteworthy about Googie. It was a form of architecture for average buildings: coffee shops, gas stations, motels, and those sorts of things.

There will always be critics who eschew that which is fashionable at the time. I suppose one could argue that if you’re being fashionable, then you’re not being timeless. Because fashion is about what’s current. And good architecture should be timeless, right? But there’s something so fascinating about a kind of built form that perfectly captures a particular time and place. Middle of the 20th century. Car-oriented Southern California.

Sometimes good architecture and design also needs a bit of time and distance in order to fully appreciate it. What was once garish may one day become treasured. Just give it a generation or two.

Photo by ian dooley on Unsplash