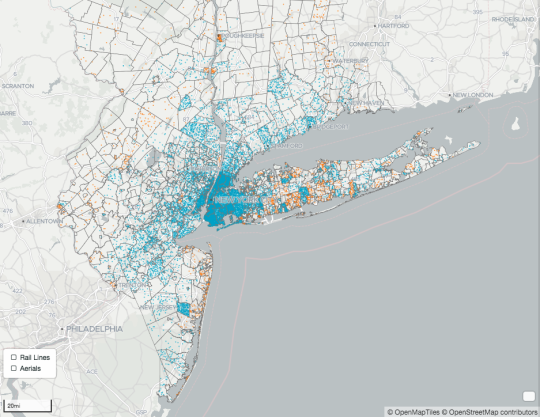 The New York City Department of City Planning has a very cool “metro region explorer” online that allows you to explore population, housing, and employment trends in the tri-state NYC Metropolitan Region. Start here and then click on “Learn More” to cycle through the slides and data.

There has also been a slowing in terms of the number of residents leaving New York City. Historically, people moved to the city in their 20′s and left in their 30′s. That trend is slowing.

I suspect this has to do with a combination of factors, including the shift toward a city-centered knowledge economy; the desire for walkability and urban amenities; the phenomenon of people getting married later in life (if at all); and so on.

Check out the Metro Region Explorer, here. There’s a lot of good stuff in there.