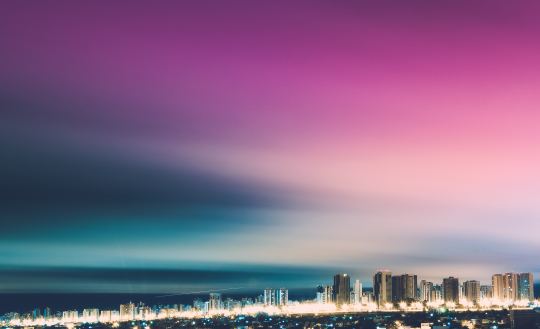 The example he gives is that of Paris (bottom-up) vs. Brasilia (top-down). Paris is the hugely successful city and Brasilia is the failure of high-modernism.

I appreciate the argument he’s making and I do agree with him on the potential of decentralization, but I couldn’t help but dig into his city example a bit further.

The Paris we all know and love today is the result of an enormous centrally planned urban renewal exercise. Baron Haussmann carved, among many other things, long straight boulevards through Paris’ medieval fabric in order to modernize and rationalize the city.

What makes this top-down exercise different from that of Brasilia’s? Is it simply that Haussmann was constrained by Paris’ existing and decidedly urban fabric?

Because then we could turn our attention to New York City’s gridiron plan of 1811, which laid out – before the island of Manhattan had even fully developed – a relentless and orthogonal street network from Houston Street all the way up to 155th Street.

Is the difference that Brasilia was planned with suburban sensibilities in mind and Manhattan was not? Or was it the restrictive Euclidean zoning that did it in for Brasilia?

Whatever the case may be, history suggests that some top-down planning exercises may have worked out just fine. Though to be fair, each of them was not without their share of critics.

Photo by Rafael Leão on Unsplash