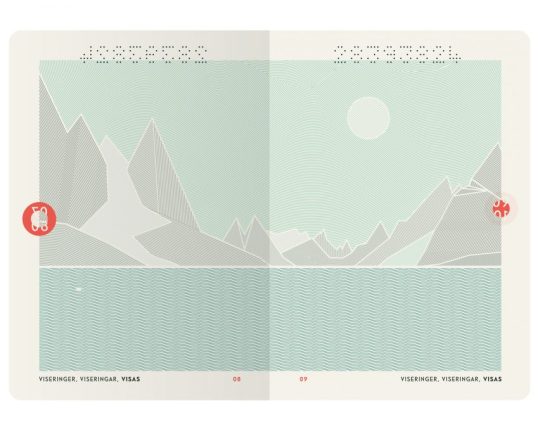 I still have every passport that I have ever owned. The older ones are far more interesting because I was younger and always looking for creative ways to travel around the world. The older I get the less interesting my passports get. Now I find it difficult to travel away from my desk at lunch.

Passports are highly symbolic to me. It equals a particular kind of freedom. But I suppose that’s because I have a pretty good passport.

According to the 2018 Henley Passport Index, the Canadian passport is tied for 5th – along with Switzerland, Ireland, and the United States – in terms of the number of countries you can access without a visa. 176 countries in total.

The highest ranking countries this year are Japan and Singapore. With those passports you have visa-free access to 180 countries. The last place country, at 105th, is Afghanistan. You get 24 countries.

Switching to design – because that matters – I think you would be hard-pressed to find better looking ones than the new Norwegian passport (pictured above and set to be put into circulation later this year) and the Swiss passport. The Swiss passport is allegedly the first to be professionally designed.

How does your passport fare on the Passport Index?