The Smith House by Richard Meier turned 50 years old last year. In celebration of that, photographer Mike Schwartz took these photographs. And just recently they were published in Surface Magazine along with an interview of both Meier and Chuck Smith. Smith’s mother commissioned the house (completed in 1967) and he was 8 years old when the family moved in.

My favorite comment in the article is this one by Smith:

Modern architecture was supposed to be a perfectly engineered machine for living. But I guess living didn’t include touching the walls or shooting BB guns in the house.

My favorite photos – both from Mike Schwartz – are these two: 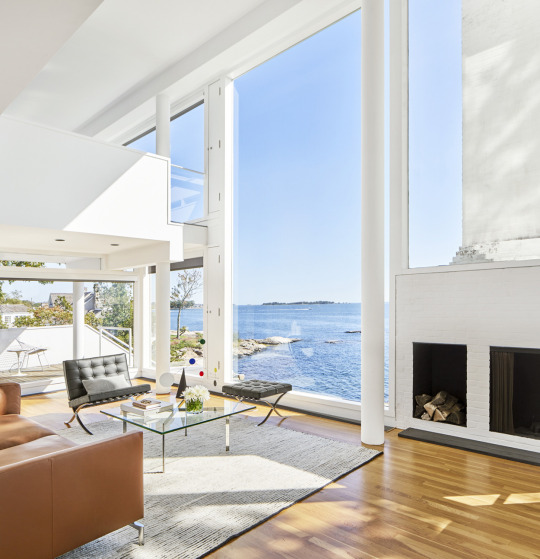 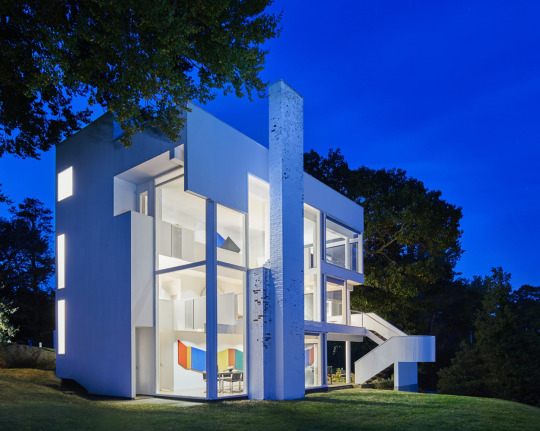 They feel like inversions of each other. The first one (day shot) is all about the views outward. Meier also talks about how the white on white helps to enhance this experience. The second one (night shot) turns the house inward on itself. Smith talks about how at night the view disappears and all you’re left with is your own reflection.

I also like how the paint is flaking on the fireplace, which by the way, is perfectly on axis with the home’s entry. It makes you work a little bit for the view. Apparently keeping the paint on was a problem since day one. But it gives the house – which is otherwise seemingly perfect – a bit of a patina.

However, I’m guessing that Meier would prefer the paint stay on.