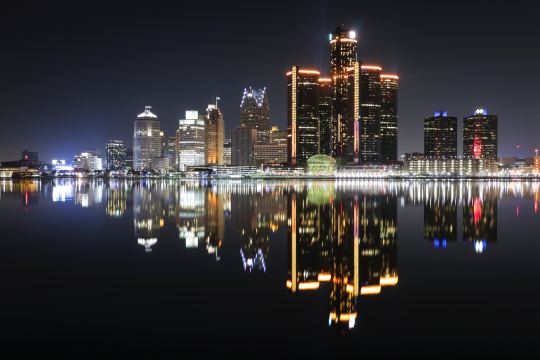 Dan Gilbert – billionaire Detroit promoter and owner of the Cleveland Cavaliers – penned this statement in response to the city’s failed Amazon HQ2 bid. He chalked up the loss to reputational hangover:

We are still dealing with the unique radioactive-like reputational fallout of 50-60 years of economic decline, disinvestment, municipal bankruptcy, and all of the other associated negative consequences of that extraordinarily long period of time.

This was the “elephant in the room”, though his statement is primarily centered around both talent and transportation – the two critical and lacking ingredients that allegedly disqualified Detroit.

He ends by stressing the importance of physically visiting Detroit 2018. That is the only way, he says, people will fully appreciate the change and momentum that has taken hold in the city. (I experienced Detroit 2016 so I guess I’m overdue.)

In response to this, Aaron Renn wrote this follow-up post suggesting that Dan take a page out of Tony Hsieh’s playbook. Tony is the founder of Zappos and the Downtown Project in Las Vegas.

To bring people to downtown Las Vegas, Tony – somewhat famously – rented 50 apartments in one of the only high-rises, called them “crash pads”, and offered them out for free to people who wanted to come and check out what was happening in downtown Vegas and with the Downtown Project.

That’s certainly one way to lower the friction.

Equally interesting to me about this strategy, though, is that it was presumably necessary (he did it, right?) just to bring people to another part of Vegas, let alone another city altogether.

Full disclosure, I’ve never been to Vegas. But I understand that many people visit the place. So for me it speaks to the kinds of inducements that may be necessary just to revive or kickstart a place.

Photo by Matthew Brzozowski on Unsplash