I came across this Hong Kong apartment listing earlier in the week. Sai Ying Pun is the neighborhood. 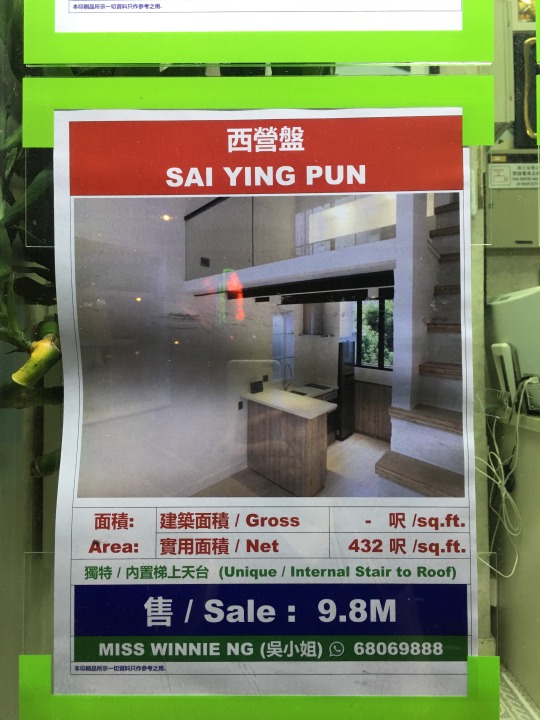 There’s certainly a tremendous amount of wealth in Hong Kong. However, the topic of discussion right now is the new money being generated in mainland China.

I am curious what all of this could mean for Hong Kong, it’s place within the PRC, and for real estate long-term.

Hong Kong’s Basic Law stipulates that the region shall maintain a capitalist system and that its current way of life shall be preserved outside of the PRC.

But that constitutional document is set to expire in 2047 – fifty years after the handover from the British. And one would assume that China would favor more, rather than less, integration.

Already the Cantonese language – the official language of HK along with English – seems to be getting diluted in favor of the “speech of the officials.”

So what will Hong Kong look like by the middle of the 21st century? Will it simply become a “second city” to Beijing and Shanghai?

Place your bets in the comments below. Or call Miss Winnie.