Throughout US history, economic growth has typically spurred an “enormous reallocation of population.” Here is a graph from a recent New York Times article called: What Happened to the American Boomtown? 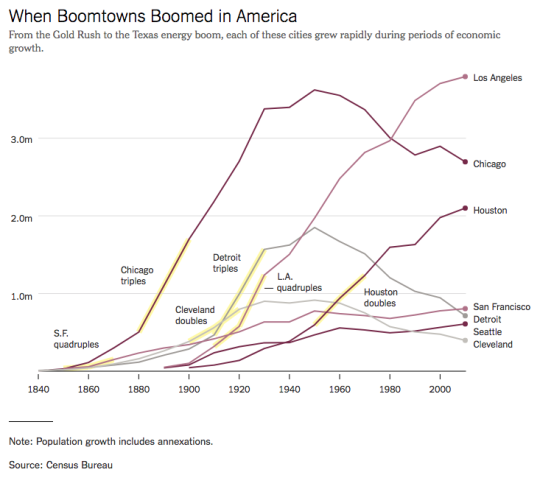 The argument, here, is that restrictions on development have made it so that the most prosperous cities are actually the slowest growing cities in terms of population. Here is a chart, from the same article, comparing population growth to average annual pay: 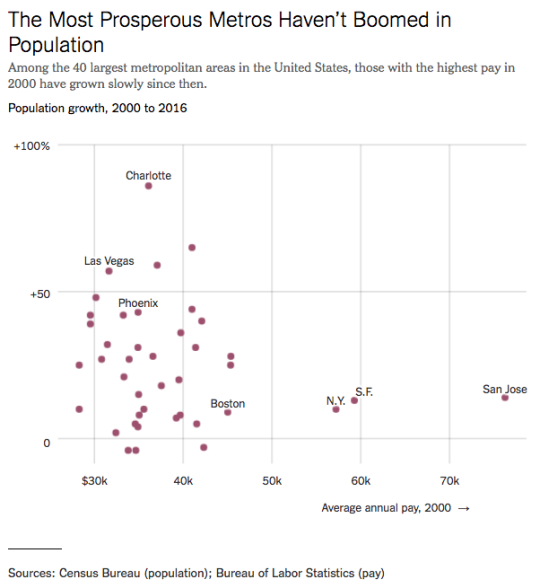 And here is an excerpt:

But these productive places aren’t growing as fast now as economists believe they should — and as they would if they didn’t impose so many obstacles on new development. Since the 1970s, land use restrictions have multiplied in coastal metros, making it harder to build in, say, San Jose, Calif., than in Phoenix. And the politics of development have become tense, too. In the Boston suburbs, the Bay Area, Brooklyn and Washington, people who already live there have balked at new housing for people who don’t.

We often talk about the impact of land use restrictions on supply and overall housing affordability. But here is an argument that it could also be impacting upward mobility.