superkül (architects) recently added a new project to their website, namely the renovation and addition to Proper TV’s headquarters at Bloor and Dovercourt here in Toronto.

The original single-storey building dates back to the middle of the 20th century and used to house a Canada Post Office and distribution facility.

But why send letters when you can instead send emails and instant message that are immediately tracked for the purposes of later bombarding you with ads for things you may want to buy?

The main facade along Dovercourt was constructed of limestone and that remains today. Here is photo of the building looking north on Dovercourt from Bloor: 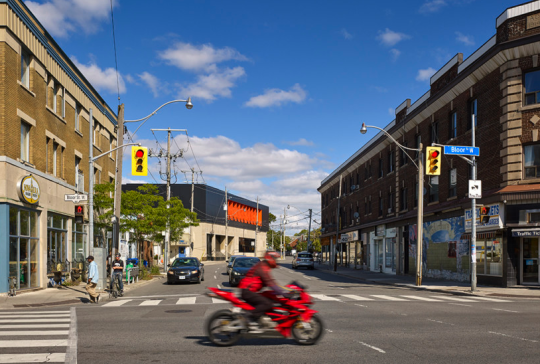 Notice how the road (Dovercourt) curves and the building becomes almost a view terminus.

Here is the east elevation:

And here is a close-up of the bright reddish-orange powdered coated triangulated fins that adorn the second floor: 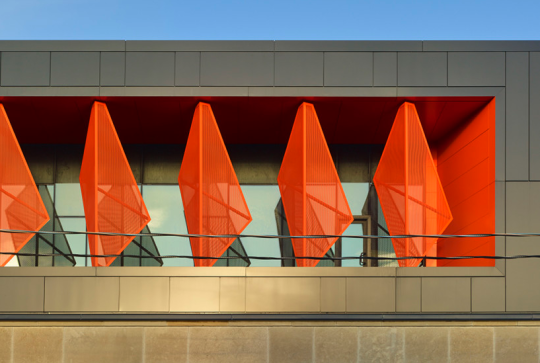 Apparently the fins are also lit up at night with programmable LEDs. I don’t have a picture of that to show you, but I am sure they look very cool. I’ll have to do a drive-by one night.