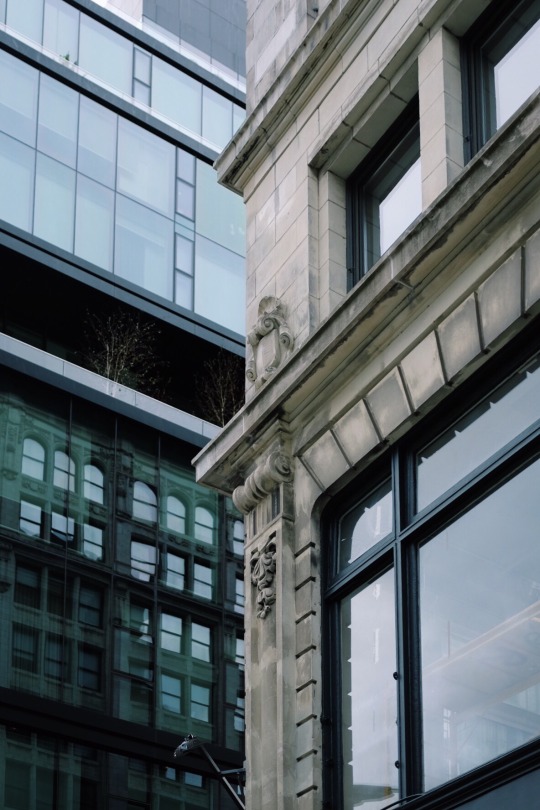 I took the above photo this afternoon. The building on the left is 15 Union Square West in New York City.

The arches aren’t that noticeable during the day, but at night they can really stand out. Click here for a few other photos and to see what that looks like.

Front Inc. designed the framing systems. If you aren’t familiar with Front, you should check them out. They are a leading design and facade consultancy.