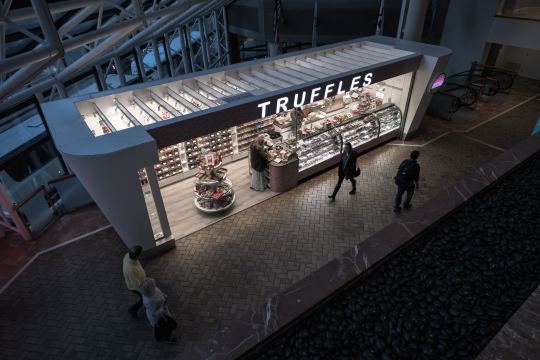 Sidewalk Labs recently ran a thought experiment where they came up with 5 possible scenarios for the future of retail and, more specifically, what they may mean for our streetscapes. You can read all about them here, but my mind lumps them into 3 broad categories.

First, there’s the temporary/pop-up/independent scenario. This one is all about flexibility and speed. It’s about web-first retailers who don’t have, need or want permanent stores and about empowering small scale business owners. This makes sense. The internet has decentralizing forces.

The second one takes retail in the opposite direction. It’s about going all in on physical stores; upsizing them and making them even more over the top and Instagram-able. This one also seems intuitive given that we’re already seeing this trend with malls. Many/most are dying and the surviving ones are trying to go as high end as possible.

The last scenario takes vacant and underutilized retail on the fringe and turns them into “digital dispensaries.” This one is entirely utilitarian and void of any streetscape/urban considerations. It’s about autonomous electric vehicles picking up your goods through drive-thrus and on-demand drones dispatching your toilet paper after you hit that Amazon Dash Button.

This feels like a good list. I think you could argue that the writing is on the wall for all of these scenarios.

Photo by Lance Anderson on Unsplash