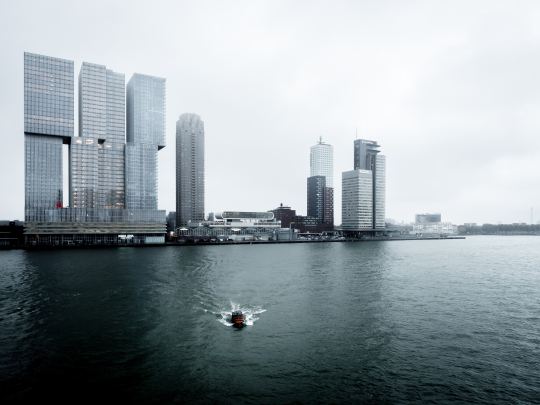 I somehow stumbled upon this transcript from Columbia University’s Graduate School of Architecture, Planning and Preservation (GSAPP), covering a talk that architect Rem Koolhaas did at the school back in, I think, 2014.

The title: “Preservation is overtaking us.” It’s all about how his firm OMA thinks about and approaches preservation.

The overarching theme is that preservation, for them, has become a kind of refuge from the market forces – which they call the “The ¥€$ Regime” – that currently drive architecture and demand constant novelty. It is refuge from “starchitecture.”

Here is an excerpt:

At some point, I don’t know who was responsible, the word, “starchitect” was invented. And we all know what it is: a term of derision. And at some point, it becomes very hard to avoid. I would say that preservation is, for us, a type of refuge from this term. What we are hoping to do is propose a number of strategies in which we are working to undo, or escape, from this label.

And here is a summary of “OMA’s Preservation Manifesto” taken from the GSAPP transcript:

It’s a substantial read, but a fascinating one. In case you don’t get to it (understandable), I would like to leave you with this final excerpt:

What we started to do was look at preservation in general and look a little bit at the history of preservation. Now, the first law of preservation ever defined was in 1790, just a few years after the French Revolution. That is already an interesting idea, that at the moment in France when the past was basically being prepared for the rubbish dump, the issue of preserving monuments was raised for the first time. Another equally important moment was in 1877, when, in Victorian England, in the most intense moment of civilization, there was the second preservation proposition. If you look at inventions that were taking place between these two moments—cement, the spinning frame, the stethoscope, anesthesia, photography, blueprints, etc.—you suddenly realize that preservation is not the enemy of modernity but actually one of its inventions. That makes perfect sense because clearly the whole idea of modernization raises, whether latently or overtly, the issue of what to keep.

I like the notion that preservation is one of the inventions of modernity, rather than an enemy of it.

Photo by Reginar on Unsplash