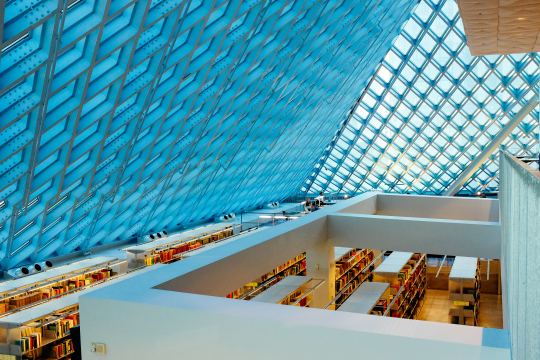 “A building has at least two lives – the one imagined by its maker and the life it lives afterward – and they are never the same.” -Rem Koolhaas

Tonight I went with a developer friend to see the documentary REM at the Hot Docs Cinema on Bloor Street. It’s a documentary about the Dutch architect Rem Koolhaas, directed by his son Tomas Koolhaas. Trailer here.

The film is essentially 75 minutes of introspection on the part of Rem. It’s him ruminating over a continuous piece by the American composer Murray Hidary. At times it was hard to hear what Rem was actually saying.

If you’re looking to learn the specifics of his designs and process, then this movie is not for you. Though there’s lots of footage of his buildings. It also does not make clear just how much influence he has had professionally. I mean, everyone from Bjarke Ingels to Jeanne Gang once worked at his firm.

The film is really about getting inside the mind of Rem as he travels the world. What struck me is Rem’s profound curiosity for seemingly everything. He really is obsessed with analyzing, documenting, and reporting. He refers to it as a compulsion.

I also like the idea put forward that architecture represents a particular moment in time. If you’re precise about things, you may be right the moment the building is complete.

But from that point onward, everything begins to change around it and you will be wrong. That’s what the quote at the top of this post is getting at.

So I enjoyed it – but probably because I’m an architecture geek and Rem is arguably the most influential living architect today. But I’m not going to tell you that this film is a must-see.

Photo by Pavan Trikutam on Unsplash