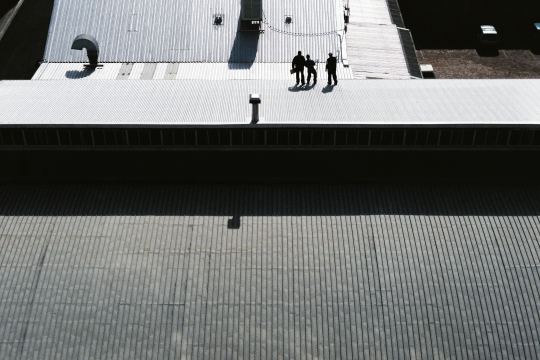 Well, just like that, the unofficial end of summer. Labor Day weekend. But I agree with Shawn Micallef: “Defy the crowd and keep enjoying summer.” There are still weeks of it left.

But given that it is Labor Day weekend, here are two things to think about.

The first is a Financial Times article by Lawrence Summers where he argues that America needs unions more than ever and that, indeed, the central issue of American politics today is the “economic security of the middle class.”

Here is an excerpt that speaks to declining bargaining power on the part of labor:

“But I suspect the most important factor explaining what is happening is that the bargaining power of employers has increased and that of workers has decreased. Bargaining power depends on alternative options. Technology has given employers more scope for replacing Americans with foreign workers, or with technology, or by drawing on the gig economy. So their leverage to hold down wages has increased.”

It’s also worth mentioning that only about 6.4% of private sector workers in the U.S. are in a union today. This is a decline of almost two-thirds since the 1970s and is a good segue into the second thought of this post.

Two years ago Fred Wilson wrote a post on his blog (which he reblogged today) where he argued that “labor needs a mechanism to obtain market power as a counterbalance to the excesses of markets and capitalism.”

But, that this mechanism needs a refresh. He calls it Union 2.0.

“However, like all bureaucratic institutions, the “Union” mechanism appears anachronistic sitting here in the second decade of the 21st century. We are witnessing the sustained unwinding of 19th and 20th century institutions that were built at a time when transaction and communications costs were high and the overhead of bureaucracy and institutional inertia were costs that were unavoidable.”

This makes perfect sense to me.

At the same time, we can’t forget – and this is how Summers ends his article – that, today, “the most valuable companies are the Apples and the Amazons rather than the General Motors and the General Electrics.”

That tells me that what may have worked in the past will likely not work in the future.

Photo by Jonas Viljoen on Unsplash